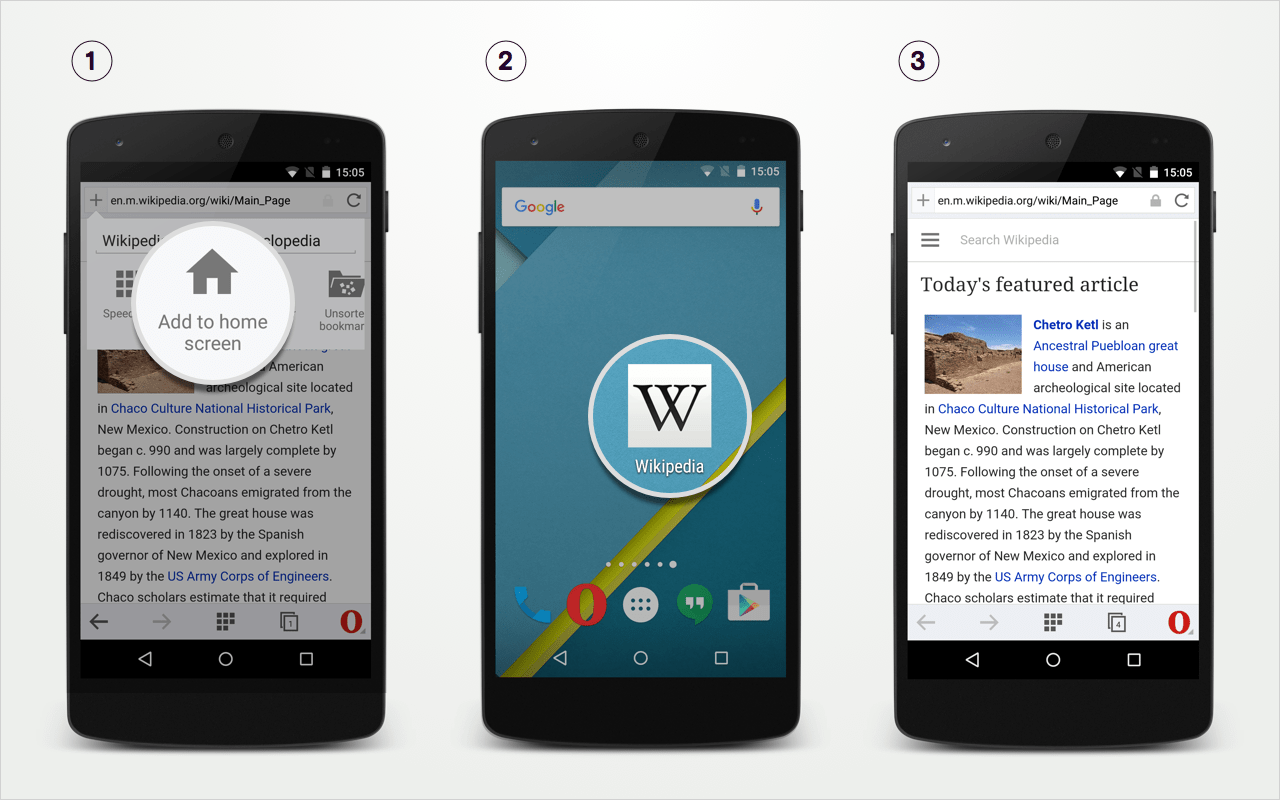 Opera is a Norway-based company which has developed one of the most popular browsers around, Opera browser. This internet browser is extremely popular both on desktop computers and Android-powered devices. That being said, Opera has had some exciting news to share with us yesterday, the company has unveiled their new brand identity and logo. The letter 'O' is still the company's logo, but they've actually modernized it in a way. Either way, following the company's rebranding, they're also releasing an update to the Opera Android application, which was to be expected considering their beta app was updated with these features a while back. Either way, let's see what's new.

The new version of the company's app is 'Opera 32', which is powered by Chromium, and the company has also included some new features in this update. Speaking of which, let's see what's new, shall we. You can now add any site to the home screen, which means you can pin any site you have currently opened in Opera to your home screen by clicking the plus sign on the left of the address and search bar, and selecting 'add to home screen option'. The company has also improved image quality in the 'Discover' feature, which means you should get a significantly sharper images if your phone's display allows it. Opera has also improved the synchronization feature. You can now sync typed history, which should come in handy. As a side note, Opera already allowed you to sync speed dial, bookmarks and tabs. The last, but not least, pull-to-refresh feature is now also here. You needed to tap the 'refresh' icon in the address bar in order to refresh a page thus far, but now you can simply swipe down in order to refresh, as it's the case in a number of other browser offerings out there.

That's more or less it as far as new features go. This is a rather significant update that Opera has released, at least in terms of new functionality. You can also download the app and try out these features for yourself, of course, or just wait for the update to be available if you already have the app installed.