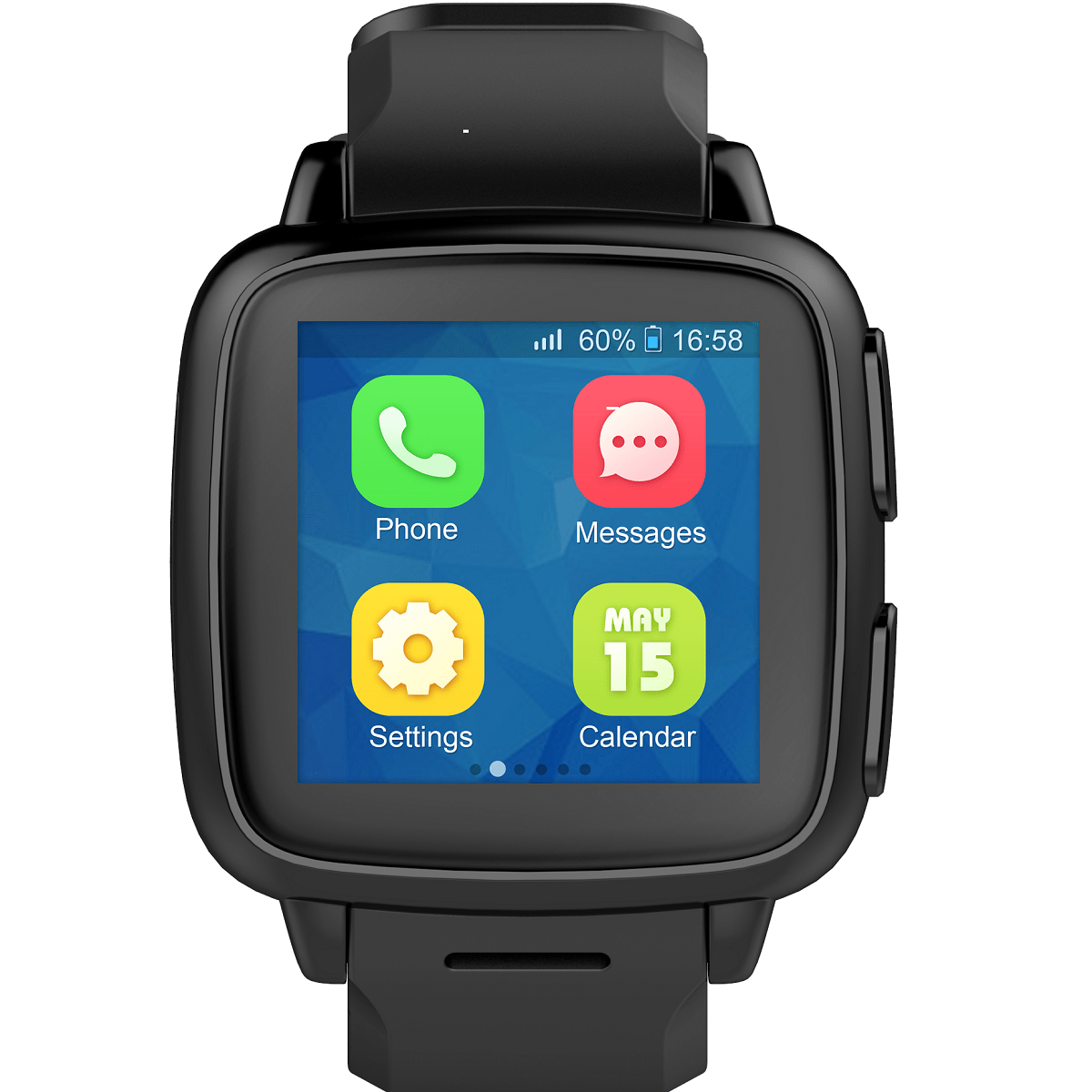 This year has certainly been the year of the smartwatches. Although, last year was when they first began to come to prominence, this year has seen a massive upturn in the number of manufacturers releasing smartwatches. Omate is a manufacturer who were early into the game and did release a few smartwatches at last year’s CES event, throughout 2014 and then again at this year’s event. And now today, the company has launched their latest smartwatch, the TrueSmart+

One of the notable differences between Omate smartwatches and those often spoken about in the Android world, is that these do not run on Android Wear. However, they do run on Android. The latest offering, the TrueSmart+, continues this trend and come running on Android 5.1 (Lollipop) with Omate’s own OUI 3.0 over the top. In terms of the specs, the Omate TrueSmart+ comes equipped with a 1.54 inch display, along with a 320 x 320 resolution. Inside, the TrueSmart+ is loaded with 1GB of RAM and comes powered by a MediaTek (MT6572M) processor (clocking at 1 GHz). In terms of storage, the TrueSmart+ comes equipped with 8GB internal storage as standard, while everything on the device is powered by a large 700 mAh battery. As mentioned, the Omart TrueSmart+ comes running on Android 5.1. It is also worth pointing out, that as well as coming with Bluetooth and Wi-Fi connectivity, the TrueSmart+ also comes with a microSIM card slot too and as such, can be used as a standalone device when wanted or needed.

So all in all, and certainly by smartwatch standards, this is a powerful smartwatch and does come with a decent amount of storage. For those interested, the TrueSmart+ is now available to pre-order and costs $169. According to the pre-order listing, the device is due to begin shipping in November. To add to the TrueSmart+, the company also seems to be currently taking pre-orders on a lighter version called the TrueSmart-i and this one is available to pre-order for $149.99. Although, this one comes running on Android 4.4 (KitKat) and has a reduced 240 x 240 resolution. To find out more about on the Omart TrueSmart+ (or the TrueSmart-i), hit the source link below.