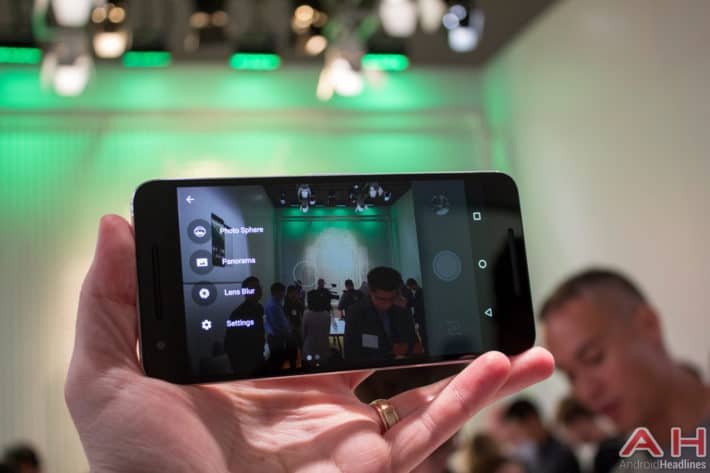 The Google Nexus team is in the middle of a great AMA over on Reddit right now. If you haven’t checked it out, I suggest you do so. The team is talking about the cameras used in both Nexus devices, that being the Nexus 5X and Nexus 6P. The team confirmed that both Nexus devices are using the same camera. The same 12.3MP IMX377 sensor from Sony. Which has f/2.0 optics, and a size of 1.55um. Because of the larger sensor size, it allows more light to get in. This is similar to the idea behind HTC’s UltraPixel, but the sensor isn’t quite that large. For reference, the UltraPixel cameras from HTC were 2.0um, with the standard being 1.1um. So the Nexus 5X and Nexus 6P are right there between them. The reasoning for this is getting better low-light pictures, which Google showed some examples during the announcement yesterday.

Both cameras also have laser detected auto-focus or LDAF for short. This is something that started with the LG G3 in 2014, and has continued to gain in popularity. The big advantage of the laser auto-focus over standard auto-focus is the timing. Using lasers, the camera is much faster at focusing on subjects, and it’s amazingly fast in low-light conditions like night shots.

The Google team also confirmed our report yesterday about the camera bump, or as they call it, the “visor”. Basically all of the sensors are in that visor. Including the laser auto-focus, Bluetooth, WiFi, NFC, and everything else. This way we could still have an aluminum build without affecting the signal for any of these things. And it looks really nice, outside of those leaked images that we saw.