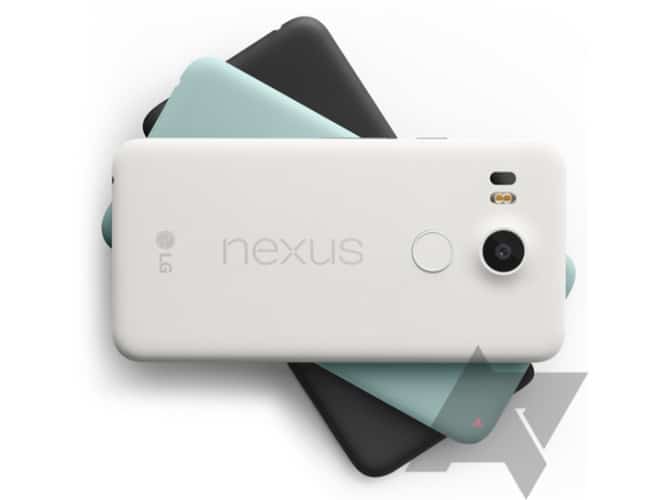 Next Tuesday (that's September 29th for you smart, calendar types) Google will announce their new Nexus smartphones. We say smartphones, because we've been hearing about a duo of devices for a long, long time and more recently we've seen the LG and Huawei Nexus devices leak out all over the place. Retail packaging, Factory CAD leaks you name it, we've seen it all this past fortnight. We now know that the Nexus 5P and the Nexus 6P are very real, and they're of course just around the corner. Android 6.0 Marshmallow is going to be the focus for these new devices, but the hardware is looking better each time we see it.

The enterprising folk at Android Police, the same who bought us the retail packaging leak earlier this week, have done it again and managed to secure more press images of the LG Nexus 5X. These look exactly the type of style that Google will be using next Tuesday when they launch, and the three colors on show match up to the Amazon India leak from earlier today. The three colors are Black, White and some sort of Green-y Blue. We're not sure what Google intend to call this new color, but we're sure it has to be something fun like last year's Midnight Blue for the Nexus 6.

As we can see in these images, the Motorola touch has stuck with the Nexus, and there are matching grills at the top and bottom of the front of the 5X, but the rear is where the big story is here. Not only is the fingerprint sensor a dead-cert at this point, but there are also two little ovals to the left of the camera here, and one of those is more than likely for LG's trademark laser autofocus. On the inside, we've been hearing a Snapdragon 808 with 2GB of RAM and a 2,700 mAh battery as major specs, but we'd be surprised if Google are still shipping something with 2GB of RAM in 2015. There's one more image below, and we'll have all the news next week as soon as we've got it. 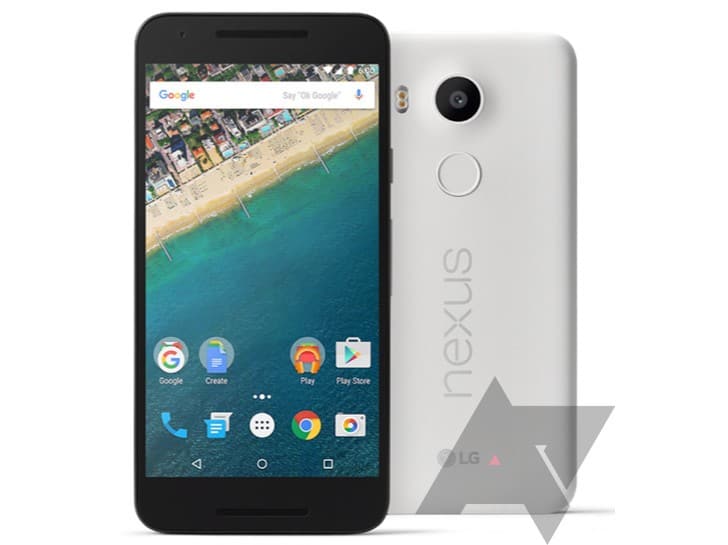