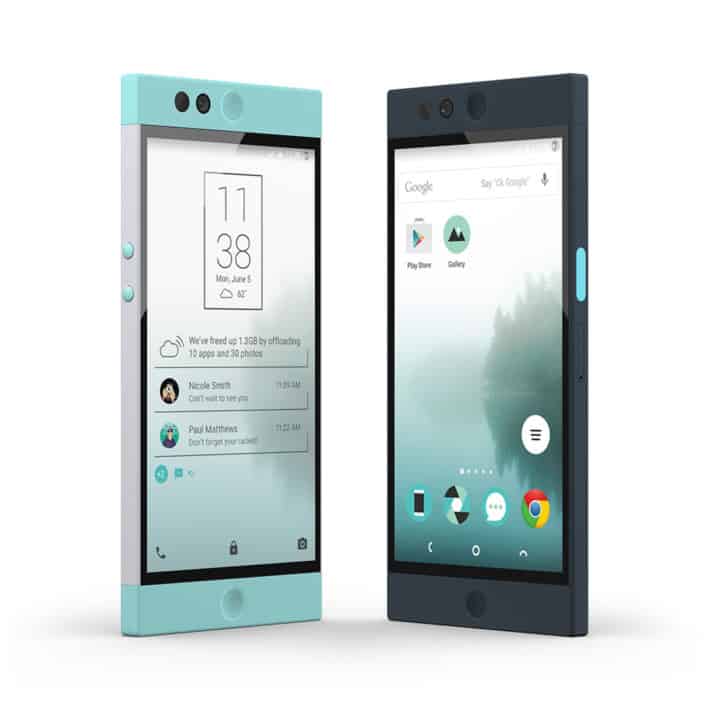 While the tech world is currently in a flurry of Nexus news, the Huawei Nexus 6P and the LG Nexus 5X are not the only two devices being talked about at the moment. Back at the start of September, Nextbit announced the Nextbit Robin, which would be their debut smartphone and come with an emphasis on cloud storage. Almost immediately the Robin become available as a Kickstarter project and needless to say, almost as immediately hit its target figures highlighting a huge level of demand for the device.

That said, the device announced was a GSM only device and therefore was only compatible with networks like AT&T and T-Mobile. This saw the company receive what seemed to be many requests from those on the likes of Verizon and other networks. In due course, Netbit came out and confirmed that they would also release a Verizon compatible version of the Robin. Much to the joy of Verizon customers.

Well, if you were a Sprint customer and had started feeling somewhat left out of the party, then there is no need. Adding to what seems to be a growing list of compatible networks, Nextbit has today confirmed that they will also be releasing a Sprint compatible version too. According to the Kickstarter listing, "There were far more Robin true believers using Sprint than we knew about. After last week's announcement, so many people spoke up asking for Sprint support." As a result, the company have confirmed what was originally dubbed the "Verizon version" will now be also compatible with Sprint. To adapt to represent its wider compatibility, the latest announcement confirms that the "Verizon version" will now be known as the "CDMA Version" going forward. This means, those who backed the project already will now be able to choose between the GSM or CDMA version before the device ships.

If you need a reminder on the specs, the Nextbit Robin comes equipped with a 5.2-inch 1920 x 1080 display, is loaded with 3GB RAM, is powered by a Snapdragon 808 processor, comes equipped with 32GB internal storage and also offers 100GB cloud storage. Cameras on offer include a 13-megapixel rear camera, a 5-megapixel front facing camera, while the device comes powered by a 2,680 mAh battery. Not forgetting, NFC, Bluetooth 4.0, Wi-Fi 802.11 a/b/g/n/ac, Quick Charge and a fingerprint scanner are all included too.