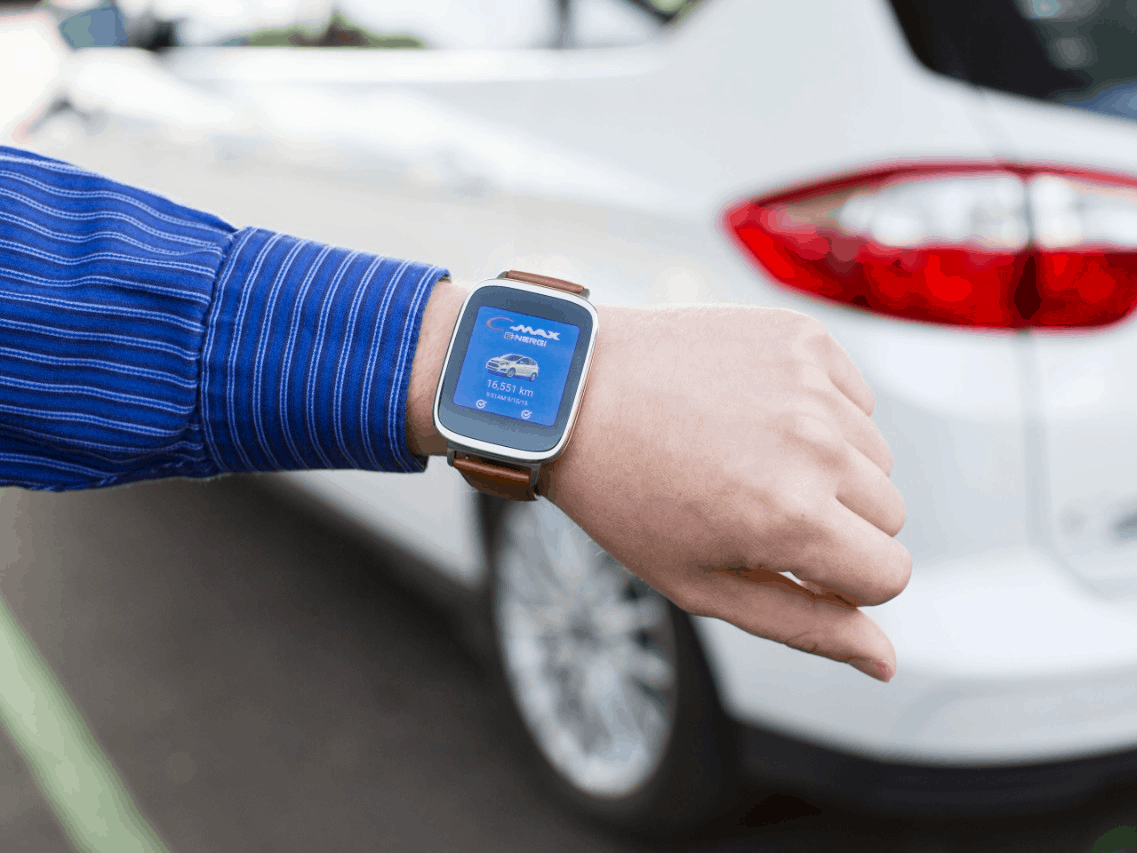 On Wednesday, Ford Motor Company announced that they have sent their first smartwatch apps over to the Google Play Store and Apple's App Store. It's the MyFord Mobile app, which got updated to support a few vehicles a few weeks ago. But not it works even better with both Android Wear and Apple's Watch. Those that own EV or Plug-In Hybrid vehicles from Ford can take advantage of this smartwatch integration. Unfortunately, that leaves out a majority of Ford's current line up. That should change in the future, we hope.

The update to the MyFord Mobile app allows owners of EV and Plug-In Hybrid vehicles from Ford to lock/unlock, check the status of their battery, initiate preconditioning of vehicle cabin remotely, check the mileage on your vehicle, it will also provide last trip summary including a personal driving score, finally it will also show you where you parked. In case you do forget where you parked, it will give you directions. I'm sure I'm not the only one that has forgotten where I parked before.

Ford says that the app works with both round and square watches. What they mean by this is that if you're using the new Huawei Watch or the Moto 360, the gauges will be round to match the look of the watch. It's a subtle detail, but one that customers are going to love. As mentioned the app will work with both Android Wear smartwatches and the Apple Watch, so no matter which platform you are using, you can still take advantage of the app from Ford.

Lately, Ford has been doing a whole lot of integration with Android Wear and Apple's Watch, but there's still no word on Apple CarPlay or Android Auto. Ford is a member of the Open Automotive Alliance, so we should be getting at least Android Auto in the near future. But no plans have been made public just yet. We did hear earlier on in the year that Ford was looking at how to integrate Android Auto without "giving the keys to Google". Basically they don't want Android Auto to be the only choice for infotainment in their cars.