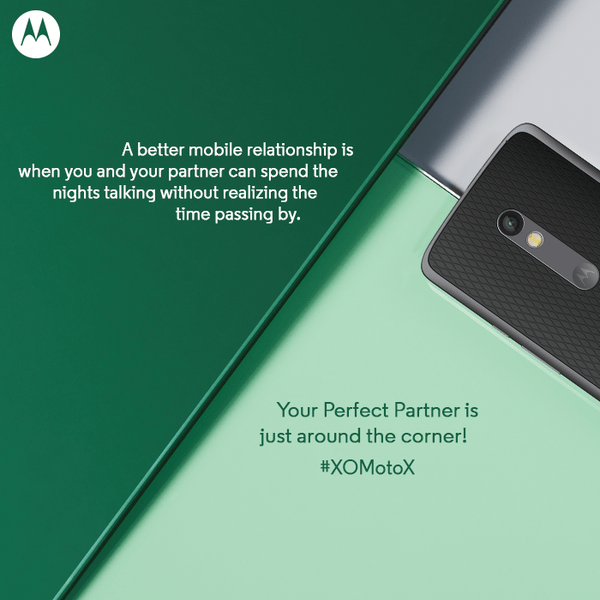 Earlier in the Summer, Motorola surprised a lot of us by releasing not just one new Moto X device, but two. Along with the new Moto G, Motorola have crafted a 2015 lineup that not only focuses on great value, but also righting some of the wrongs with previous devices. Two major areas of this were the camera performance and the battery life of last year's Moto X. As DxOMark discovered, the Moto X Pure has one of the best cameras on the market and the larger battery ensures it can get through the day and then some. The Moto X Play however, was announced with the same camera module and a larger battery to last even longer. This is a device that isn't making its way to the US, but an Indian launch is just around the corner.

The Moto X Play is slightly smaller, with a 5.5-inch 1080p display and a larger 3,630 mAh battery. It's designed for those looking for something more than the Moto G, but not willing to spend as much as the Moto X Pure. Motorola's Indian Twitter page recently shared a teaser that says "your perfect partner is just around the corner!" Beside this is a picture of the top-half of a Moto X Play on its front. How much the Moto X Play is going to cost in India should determine how successful a product it is, but considering the Moto X has not had the best time in India itself, a cheaper version with better battery life could do quite well.

Of course, the biggest hurdle for the Moto X Play will be the Moto G, as the third-generation ticks all the right boxes and it's arguably impossible for other manufacturers to offer its great price and value. Larger devices are taking off in India as the smartphone becomes the only way many get online and interact with people, so a 5.5-inch display will go a long way. With the same excellent camera as the Moto X Pure, the Moto X Play is an excellent option, and we're sure many in India will be looking forward to seeing just how much it'll cost, and how good a value it really is.