Skip to content
Trusted By Millions
Independent, Expert Android News You Can Trust, Since 2010
Publishing More Android Than Anyone Else
30
Today
76
This Week
720
This Month
6664
This Year
124188
All Time 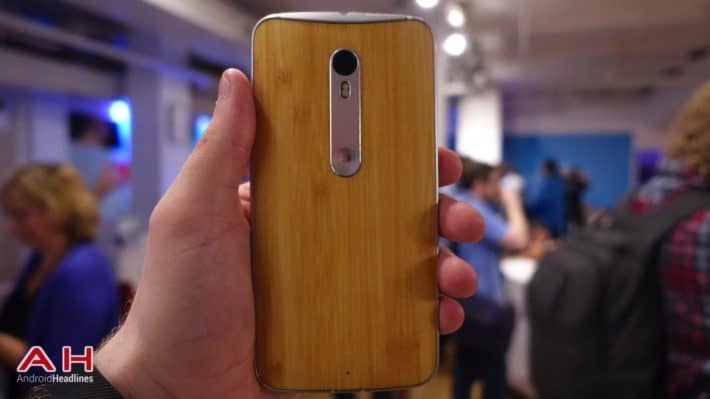 Today, Motorola announced via their Twitter handle, that tomorrow the Moto X Pure Edition will go up for pre-order here in the US. Now Motorola told us back in July when they announced the Moto X Style/Pure Edition, that we would see it in September, and early September sounds good to us. There’s no word on when they will be shipping, but pre-orders start tomorrow. Which means we’ll finally be able to play around in Moto Maker with the different choices that Motorola has available for the Moto X Pure Edition. I’m really liking that red leather, what about the rest of you?

The Moto X Style/Pure Edition was announced back in July at Motorola’s portfolio unveiling in New York City. The Pure Edition is only coming to the US, but the amazing thing about this phone is that it will work on all four of the US carriers. Now if you’re not from the US, you may be wondering why that’s a big deal. Well Verizon and Sprint are CDMA networks. Which mean unlocked phones don’t normally work there. But Motorola now has two phones that work on all four networks. The Nexus 6 and Moto X Pure Edition.

Motorola has packed all of the usual specs into the Moto X Pure Edition. That includes a 5.7-inch Quad HD LCD display, Qualcomm’s Snapdragon 808 processor, 3GB of RAM, 16GB/32GB/64GB of internal storage which is expandable via a microSD card slot, along with a 21MP camera around back and a 5MP front-facing shooter. All of this is powered by a 3000mAh non-removable battery. Luckily, Motorola has given us Quick Charge here. It does also have NFC, for those that are wondering.

We know that the Moto X Pure Edition will be available in a slew of colors, and materials. Including Leather and Wood. But we won’t see them all until tomorrow, on Moto Maker’s website. The Moto X Pure Edition is going to be on sale for $399. Now if you want leather or wood, that’s going to cost extra, and so will the extra storage. So keep that in mind. This is also off-contract and unlocked.