Skip to content
Trusted By Millions
Independent, Expert Android News You Can Trust, Since 2010
Publishing More Android Than Anyone Else
4
Today
4
This Week
357
This Month
3009
This Year
113072
All Time Meizu ‘NIUX’ or Pro 5, as it will be called, is one of the most talked about smartphones in the last couple of weeks. Ever since Meizu said that they’re scraping the MX5 Pro development and the whole ‘MX Pro’ line of devices, we were wondering what comes next considering the company has promised a new ‘premium’ device to be launched soon. Well, Meizu has scheduled an event for September 23rd in Beijing where they will unveil the Meizu Pro 5, their new flagship device. We already know that it will sport a 5.5-inch 1080p (1920 x 1080) display thanks to Meizu’s co-founder, and AnTuTu benchmark listings revealed additional spec info as well.

Speaking of benchmarks, the Meizu ‘NIUX’ surfaced on Geekbench recently as well. The device managed to score 1,550 points in a single-core test, and 5,593 in a multi-core test. This actually reveals a score better than the Galaxy Note 5, and judging by these benchmark listings, the Meizu Pro 5 will sport the same SoC as the Note 5, Samsung’s 14nm Exynos 7420 64-bit octa-core processor. The Meizu Pro 5 will sport a 5.5-inch FullHD display, while the Note 5 features a 5.7-inch QHD display, which might be the main reason why Pro 5 benchmarked better on Geekbench.

What about Meizu Pro 5’s other specs? Well, it seems like the 4GB variant of the device was tested on Geekbench. Both the 3 and 4GB models surfaced on AnTuTu a while back, and it seems like that will be the only difference between the two models. Both of them will sport the same display size and resolution, processor, internal storage count, camera sensors, etc. Speaking of internal storage and camera sensors. the Meizu Pro 5 will feature 32GB of internal storage space, while a 21-megapixel shooter will be located on the back of this smartphone. The 5-megapixel snapper is said to be available up front, and Android 5.1 Lollipop will come pre-installed on Meizu’s new flagship. The company’s Chief Architect of Flyme (Meizu’s Android-based UI) has also confirmed that Flyme 5 will ship out of the box on Meizu Pro 5, which means Meizu will also showcase a new version of their OS during the Event on September 23rd. Stay tuned for further details, and keep in mind we’ll be present at the event and cover it live. 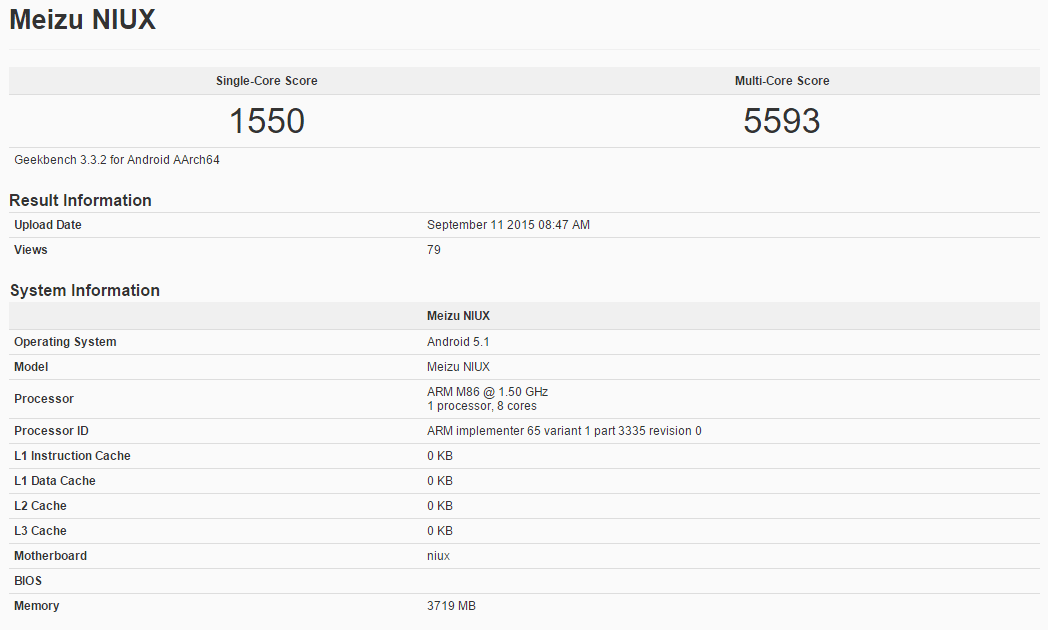