Nexus time every year is an exciting time. At the fundamental level, this is the launch of another new smartphone, however, the launch of a Nexus is much more than that. This is for a number of reasons. Firstly, this is stock Android and by many, thought to be “as Google intended” for a device to be released and with its software as it should be, in its natural state. Another reason is because this is typically when we get to see the next Android operating system in a final release and shipping on a product. This year is no exception with the next Nexus expected to come with Android 6.0 (Marshmallow) in tow. Although, this year, the excitement is literally doubled as it is widely expected that two Nexus devices are en route with one being made by Huawei and one made by LG. In terms of the latter, this holds much significance for many Nexus fans as this is not the first time LG and Google have worked together and the current speculation is this will be a refreshed version of the previous Nexus 5. But what should we expect from the next LG Nexus (2015)?

While the name of a device is not normally something which is widely speculated upon, it has been for the latest Nexus from LG. For instance, when Samsung released the Galaxy Note 5, everyone kind of assumed it would be the Note 5. Likewise, Sony with their Xperia line (although they threw everyone with the Xperia Z3+), LG with their LG G line, HTC with their One M line, the list goes on. However, with Nexus devices, this concurrent naming structure does not really exist thanks to Google’s hot-swapping of manufacturers in-between models. In fact, as this is widely thought to be a follow-up to the Nexus 5, it has been commonly dubbed the ‘LG Nexus 5 (2015)’ by most of the media. Although, more recently, the ‘LG Nexus 5X’ has been coined and seems to now be sticking 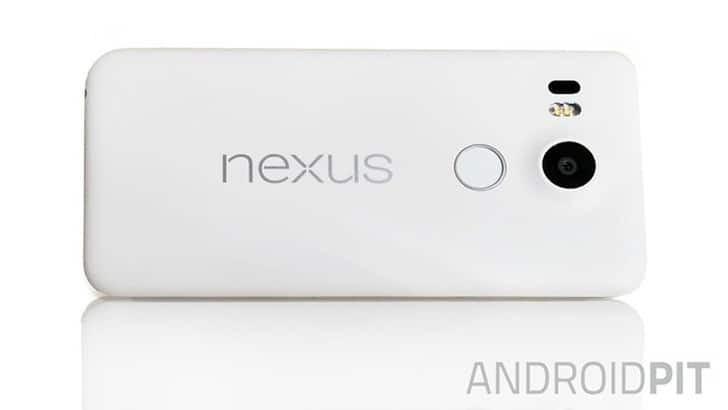 The design of the Nexus 5X has been one of the major aspects that has hit the headlines of late and largely thanks to the abundance of images which seem to be coming through. Not to mention, this is one of the areas where the LG Nexus 5X is expected to see much change. While the images do show an overall similar design to the Nexus 5, the back has changed radically, with the camera being moved from the top left corner to a much more centralized position, although still top side located. Part of this high location is due to what is largely agreed to be a fingerprint scanner positioned directly under the camera. Not to mention, the flash (which is now dual-LED flash) also seems to have clearly been moved from underneath the sensor on the Nexus 5 to the left-hand side of the camera on the Nexus 5X. Right alongside the laser auto-focus module.

In fact, a recent leaked image (shown above) shows the Nexus 5X as having a much changed side profile too. Firstly, it seems the latest LG nexus will be much slimmer than its predecessor. This slimmer profile has led to other changes with the rear camera adopting a protruding nature while in contrast, the fingerprint scanner is recessed. The sides of the device adopt a much thinner button profile, with the volume rocker being lowered and more centrally positioned and the power button also dropping in height and in line with the fingerprint scanner.

Unfortunately, in spite of the mass of leaked images and renders that have appeared of the back, very little has appeared of the front. Although recently, new images appeared which do provide some indications as to what can be expected. If the images holds true, then the bezel level is likely to be up for debate, while on screen controls will be in use. 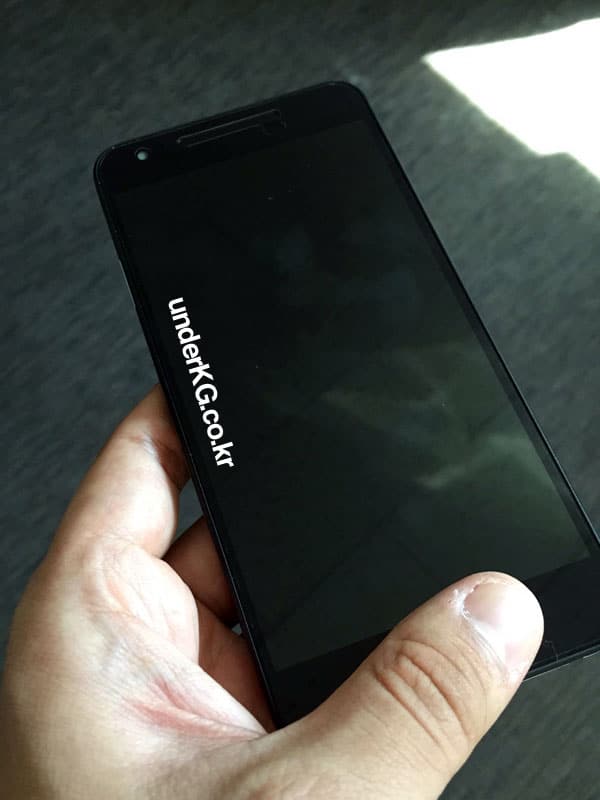 That does not mean though that we cannot talk about the display. Nowadays, displays really matter and this is something that is unlikely to change in the nearish future. When it comes to the LG Nexus, this is unlikely to be one of the biggest selling points. The LG Nexus is expected to be touted as the affordable Nexus (compared to the Huawei Nexus and the likes of the Nexus 6) and screen size and resolution is likely to be one of the main differences. In fact, all rumors coming through support the same sentiment that the LG Nexus 5X will come with a small screen. That is, small by current flagship standards with the display expected to come in at 5.2-inches. This is very consistent among the rumors from different sources. However, what is less consistent is the supposed resolution. While most of the rumors seem to suggest that the resolution will be a Full HD and therefore touting a 1920 x 1080 resolution, some have suggested that the LG Nexus may come with a greater resolution display. 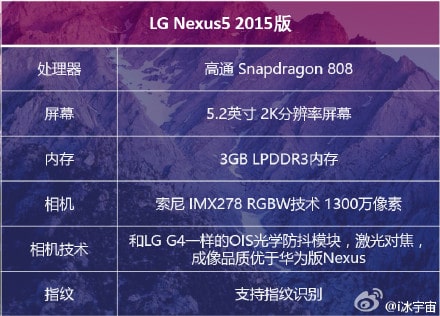 In terms of the internals, this is another element which seems to be extremely consistent across speculation with the same numbers consistently being thrown out. These being 3GB RAM and the device being powered by a Qualcomm Snapdragon 808 processor. To some, these might seem a little on the light side for a Nexus device, but keeping in mind, this is supposed to be more of an affordable Nexus device, they do seem to hold true. In fact, when you weigh up the options for the processor, it seems a given that the 808 will be in play. The Snapdragon 820 will not be out yet, the 810 is problematic and the 808 is kind of the best option for a device in this range. The RAM on the other hand is a little more debatable. Yes, it could be argued, the LG Nexus should come with 4GB RAM (and maybe it will, early rumors suggested it would). However, as there are two Nexus devices expected, 3GB RAM does seem the more likely option for a more affordable device.

The other notable elements being touted around at the moment suggest there will be two storage variants available, one with 16GB and one with 32GB. There is unfortunately no rumors about the microSD card on-board, although, it does seem highly likely there will be as the top-end variant is reportedly only 32GB. Battery is also expected be on the average side with a rumored 2,700 mAh capacity on-board. For the battery junkies out there, it is worth remembering the screen size is only expected to be 5.2-inches and the resolution likely to be 1080p. As such, this should be more than adequate. Especially when you factor the previously LG Nexus 5 came with the same resolution (albeit smaller screen) and a 2,300 mAh battery. Not to mention, this one is likely to come sporting battery tweaks in the software and more than likely Quick/Fast or advanced charging as well. 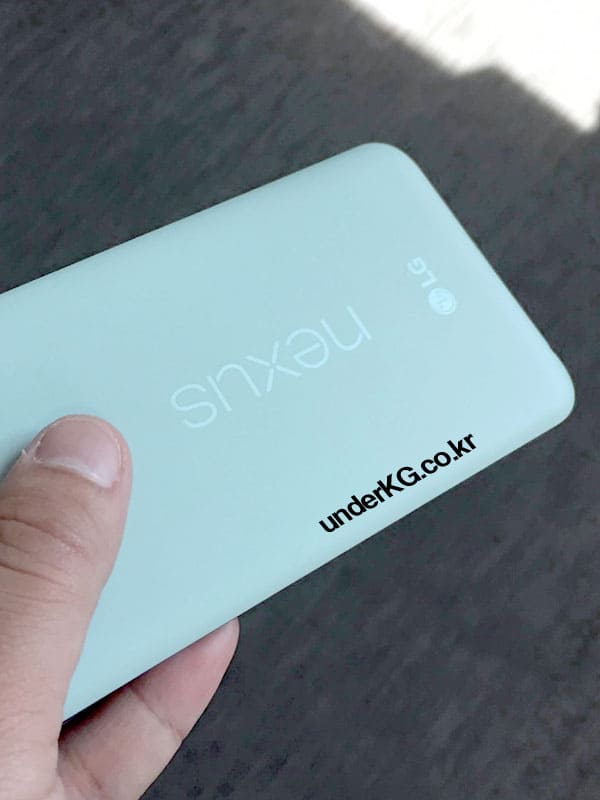 Closing out the list of what to expect, as already noted, their is a fingerprint scanner expected to be in effect on the LG Nexus and it is also expected to come sporting a Type-C USB port too.

Cameras were and are another hot topic with the LG Nexus. In fact, immediately after the first images started to surface, debate raged as to whether LG were employing a dual camera setup on the back. Although, this seems to have largely been discredited now and instead, the dual camera is in fact a single rear camera coupled with a fingerprint scanner underneath. In terms of the rear camera, much of the rumors agree that it will be a 13-megapixel camera on offer (12.3-megapixel for accuracy) which again seems to logically fit with the supposedly pricing and market placement of the LG Nexus and offers the Huawei option a chance to separate itself from the pack. 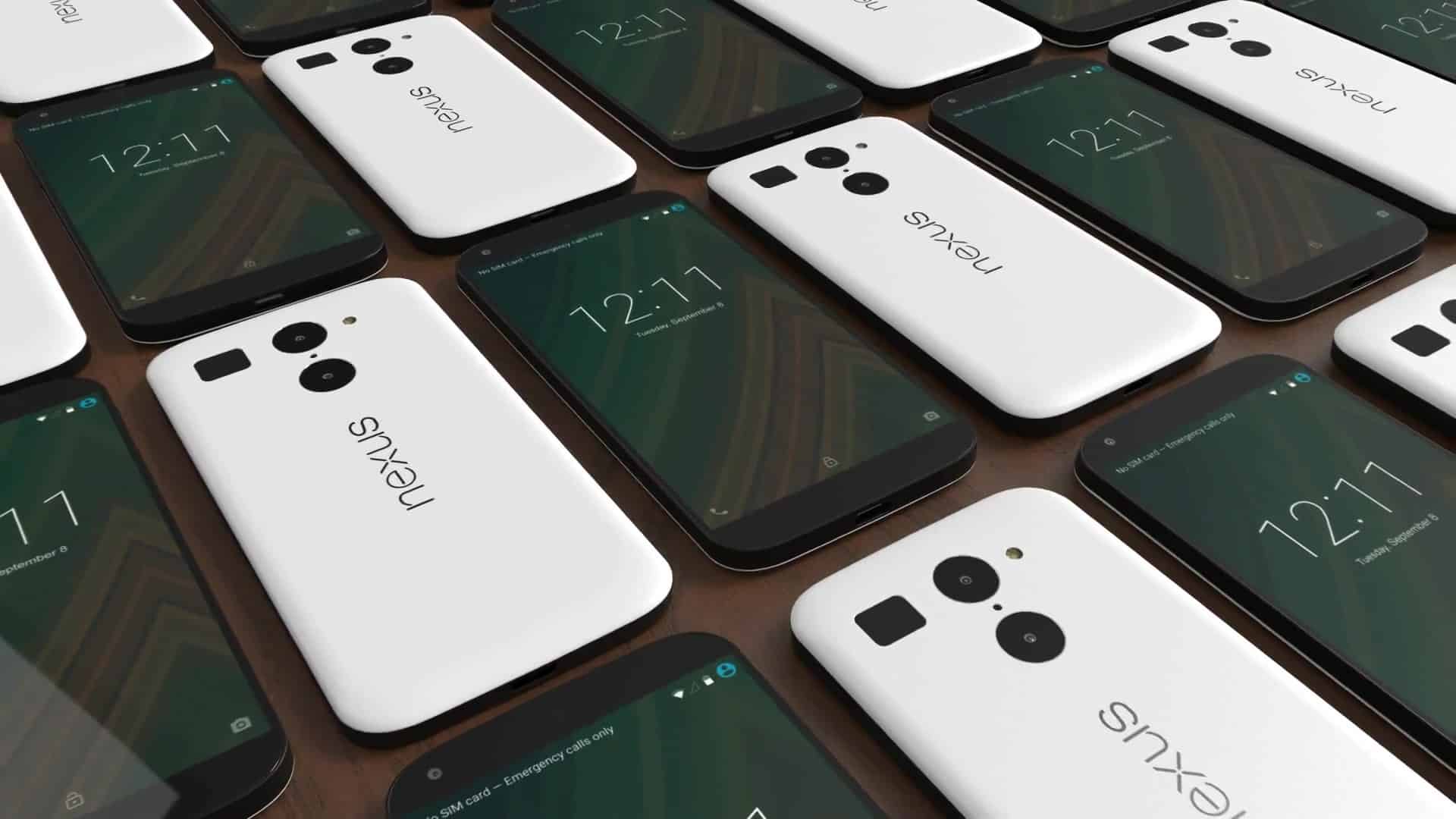 Like many of the other rumors, there is surprisingly a good deal of detailed information on the rumored availability. It does seem likely that September 29th is the unveiling date for the LG Nexus 5X. Likewise, sources have also reportedly detailed that the pre-orders for the LG Nexus 2015 will go live on October 13th. This is rather soon after the unveiling (two weeks to be exact) although, this is a time-frame which generally speaking, is in line with what has happened in the past. Not to mention, we have also heard rumors clearly stating that the price of the LG Nexus 2015 will be $400. With a September 29th unveil date, an October 13th pre-order date and a $400 price tag all being stated already, these leaks collectively seem to be quite solid. Not forgetting, it is also expected to be available in blue, white and black color options too.