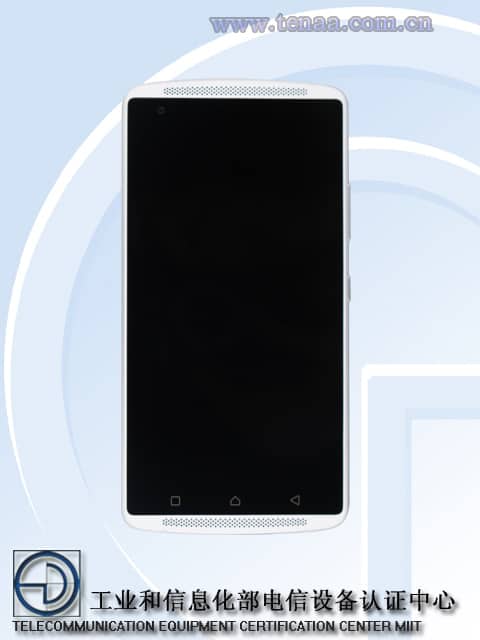 Lenovo seems to be prepping the launch of a brand new smartphone that goes by the name Vibe X3. The handset has now been certified for sale in China by the country's telecommunications certification center, TENAA, according to a post on the organization's website. While we are still in the dark about when the launch might finally happen or what might be the final price once the device sees the light of day officially, the listing on the website of TENAA does give us some amount of insight into the kind of hardware packed into the upcoming device by the famed Chinese manufacturer, who now owns the Motorola brand as part of its portfolio.

Coming to the upcoming smartphone, the device has already been leaked a few times, but some of the rumored specs from those earlier leaks seem to be contradicted by the current set of information available. As per the listing on TENAA, the upcoming Vibe X3 will sport a 5.5-inch Full HD (1920 x 1080 pixels) display, while previous rumors had suggested the presence of a smaller 5-inch panel with the same resolution. As for some of the other hardware specs, the Vibe X3 is believed to be powered by a Qualcomm Snapdragon 808 chipset, which comes with an embedded hexa-core CPU. The handset is also expected to come with 3 GB of RAM and 32 GB of internal storage, which would be expandable, given that there would be a microSD card slot in the phone. The phone is also said to come with support for LTE as per the listing, and will measure 154 mm in length, 76.4 mm in breadth and 9.4 mm in thickness.

The rest of the hardware specs include a fingerprint scanner, which has basically become de rigueur in just about every premium smartphone this year. In case of the Vibe X3, the biometric sensor has been placed at the back of the device, according to the images posted on TENAA. The upcoming smartphone will also apparently sport a 21-megapixel camera with a dual LED flash, and an 8-megapixel front-facing camera. All in all, solid specs for a premium handset circa 2015, but not quite a flagship from a brand like Lenovo. On release, the handset is expected to slot in just below the company's upcoming flagship smartphone, the Vibe Z3 Pro.