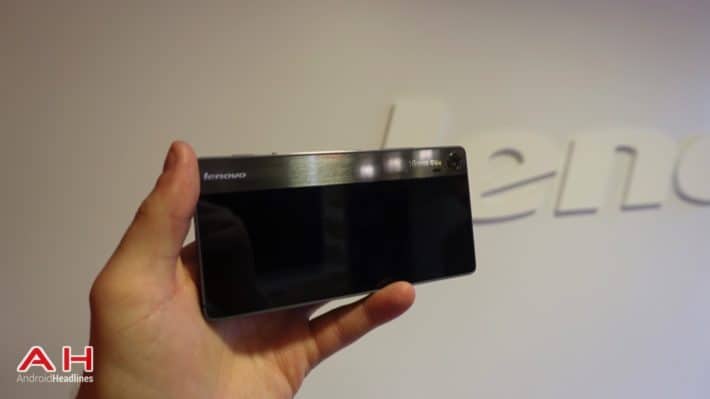 Lenovo Vibe Shot sure is an interesting smartphone. This device was originally introduced back in January during the Mobile World Congress (MWC) in Barcelona, and the company started rolling it out back in June. The device's availability is still quite limited considering it's available in China at the moment, but that will change soon. According to a new report, Lenovo Vibe Shot will launch in India really soon, read on.

This China-based company has started sending press invites for the launch of Vibe Shot in India. Interestingly enough, this will be a digital launch, and the live stream will be available as well. The device will be launched next Tuesday, September 22nd. The Lenovo Vibe Shot was one of the two smartphones Lenovo has showcased during MWC back in March, it was featured alongside Lenovo's A7000 mid-ranger. That being said, let's take a look at Lenovo Vibe Shot's specs, shall we.

The Lenovo Vibe Shot sports a 5.5-inch 1080p (1920 x 1080) display along with 3GB of RAM and 32GB of internal storage (expandable up to 32GB via microSD card). This device is powered by Qualcomm's Snapdragon 615 64-bit octa-core processor running at 1.7GHz, and a 2,900mAh battery is available on the inside. The device offers 4G LTE connectivity, while it measures 142 x 70 x 7.3mm, and weighs 145 grams. Android 5.0 Lollipop comes pre-installed here, and two SIM card slots are also available.

Now, the reason why this phone is called 'Vibe Shot' is because it has a 16-megapixel camera on its back which is supposed to offer a rather good image quality. This is a six-piece modular lens which equips BSI sensor, and below it you'll find a tri-color LED flash. The camera also has a full-frame 16:9 low-light sensor, which should help with capturing images in low light. Lenovo has also included the infrared autofocus which reportedly offers more accurate focus, and is able to focus twice as fast as the regular autofocus. The front-facing camera is also available here, an 8-megapixel one for your selfies, video calls and what not.

The device will quite probably going to be available in Graphite Grey, Pearl White and Crimson color options in India, and will cost around Rs. 20,000 ($302). The device will be announced in a couple of days, stay tuned.

Advertisement
Advertisement
Trusted By Millions
Independent, Expert Android News You Can Trust, Since 2010
Publishing More Android Than Anyone Else
31
Today
63
This Week
171
This Month
4156
This Year
105633
All Time
Advertisement