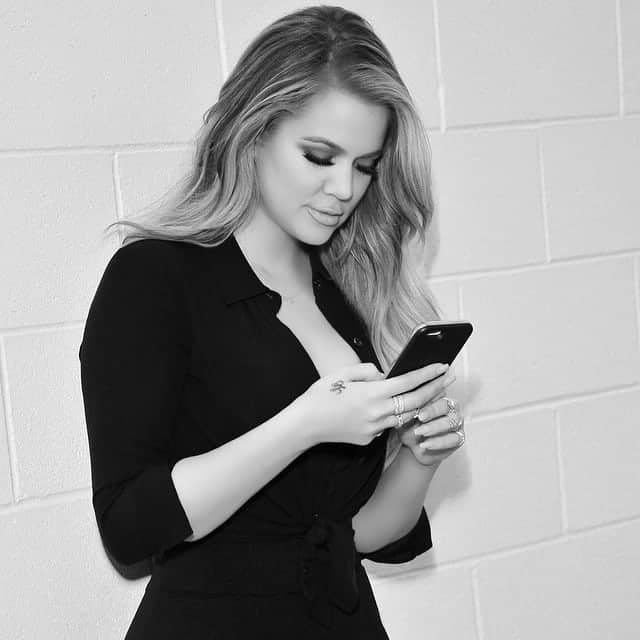 If you think television and social media aren't enough to keep up with the Kardashians, the sisters have now got you covered. Earlier this month, Kim, Khlo©, Kendall and Kylie each launched their own apps that will reportedly allow the reality stars to share personal diary entries, live stream videos, provide beauty tutorials and offer workout tips. Fans will also be treated to giveaways and passes to events, but subscription will cost $2.99 per month. Courtney Kardashian is also slated to release her own app next month, according to reports. While Kim Kardashian already has a successful mobile game on Google Play and the Apple App Store, Khlo© had also previously dabbled with a purported messenger app called Regroupd, but nothing quite came off it.

As for the newly launched apps, the sisters saw combined downloads of around 3 million within the first seven days of them being available for download, with the youngest sister, Kylie, getting 1.75 million of those downloads all by herself, thereby reaching the number 1 position on the list of popular apps on Apple's App Store. The apps have since been downloaded 3,695,923 times on Google Play and the App Store combined, according to mobile app analytics firm Apptopia. Kylie's app alone saw more downloads within the first two hours of its listing than British boy band One Direction, with its legions of young female fan following. With saturation coverage from the mainstream entertainment media, the Kardashian/Jenner apps had at least one thing going for them even before they were listed for download. Hype. According to reports, once subscription services went live on September 22nd after a seven-day trial period, revenues for the first day seemed encouraging. While Kylie Jenner's app grossed a total of $105,170, Khlo©, Kim and Kendall's apps managed to earn revenues of $29,844, $22,338 and $9,462 respectively, leading Business Insider to project combined revenues of $32 million for the apps in the first year itself.

However, TechCruch is now reporting that interest in the sisters' lifestyle apps has since dwindled, and downloads as well as conversion rates from free to paid subscribers has slowed down significantly over the past week. While Kylie's app – by far the most downloaded one amongst all four – managed to hold onto the top 50 for a few days, Kim and Khlo©'s apps started seeing reduced interest from the second day itself. Kylie's app saw as many as 35,573 downloads on Google Play on the first day, but by the end of the week, the numbers had come down to 24,532. She and her sister Khlo©' however, kept up the lead over their other sisters on both Google Play as well as the App Store. Theirs' were the only two apps to have earned revenues of over $10,000 on Google Play, while earning $540,019 and $218,346 on the App Store overall. Kim and Kendall's apps meanwhile, managed to gross $164,246 and $87,742 respectively from subscribers on iOS.

While 3.7 million overall downloads and combined revenues of over a million dollars within just a week sounds like the makings of a really popular app, it remains to be seen whether the initial interest shown by fans can be sustained for a long enough period for the apps to be profitable in the long run. With new and innovative content being the name of the game, the sisters might find the going getting increasingly tough as the media buzz fades away, and the apps beginning to get judged strictly on merit rather than on media hype. 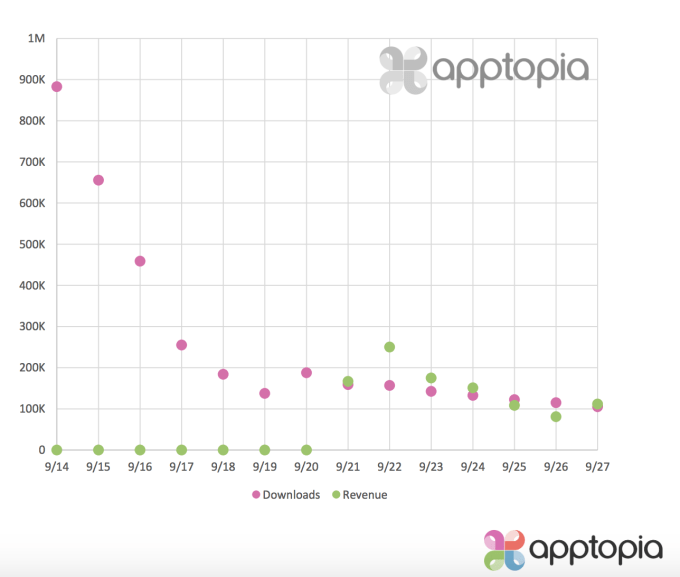