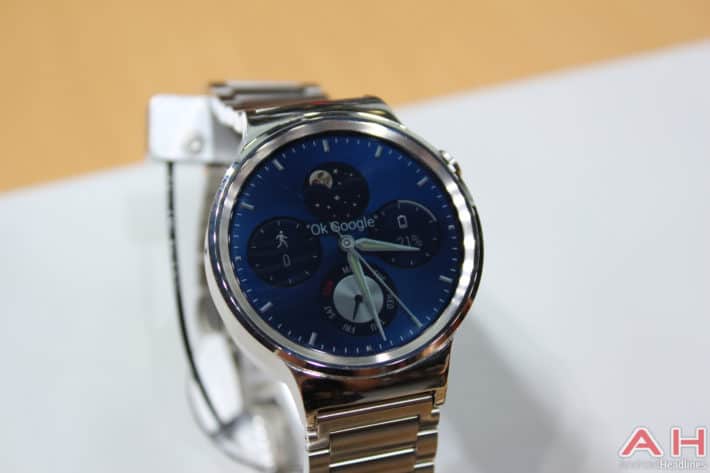 When it comes to smartwatches, the battle to be the top smartwatch is now in full swing. While Motorola's Moto 360 certainly seemed to be the fan favorite of the last year, the battle going forward seems to be one which is far more open. Along with the latest generation Moto 360, Samsung has also released their first rounded smartwatch, the Samsung Gear S2, which comes packing a number of interesting features and a much greater level of compatibility with non-Samsung smartphones.

Then there is of course, the debut watch from Huawei, the Huawei Watch. This one in particular has been gaining a high level of attention for two reasons. Firstly, its premium look and design and secondly, its premium price. This is currently one of the most expensive smartwatches (from a smartphone manufacturer) and prices begin in the U.S. from $349.99 and head up towards the $499.99 marker. Well, the latest on the Huawei Watch came through yesterday, when it was announced the smartwatch is now available to buy in the U.S. and in Canada. For the rest of the world, the wait continues for those willing to pay a premium price for a premium smartwatch.

Although, there does seem to be some good news on the horizon. It seems in a number of European countries today, the Huawei Watch has finally entered its pre-order status. According to the reports, residents in Belgium, France, Germany, Italy, Spain, Switzerland, Portugal, and Holland can now pre-order the Huawei Watch directly from Huawei's European store. In terms of prices, they same to be numerical slightly higher than the prices in the U.S., with the cheapest model coming in at â‚¬399 and rising thereafter. As such, taking into consideration currency exchanges, this does put the Huawei Watch at quite a bit more expensive price within these regions. As the â‚¬399 exchanged, comes in around the $450 marker in U.S. terms and essentially marks a $100 increase on the base model compared to the U.S. prices. Regardless, if you have been waiting to order your Huawei Watch and do live in one of the mentioned European countries, then it looks like you can place your order. Lastly, it is worth noting that in terms of shipping, the Huawei Watch looks to be a couple of weeks away.