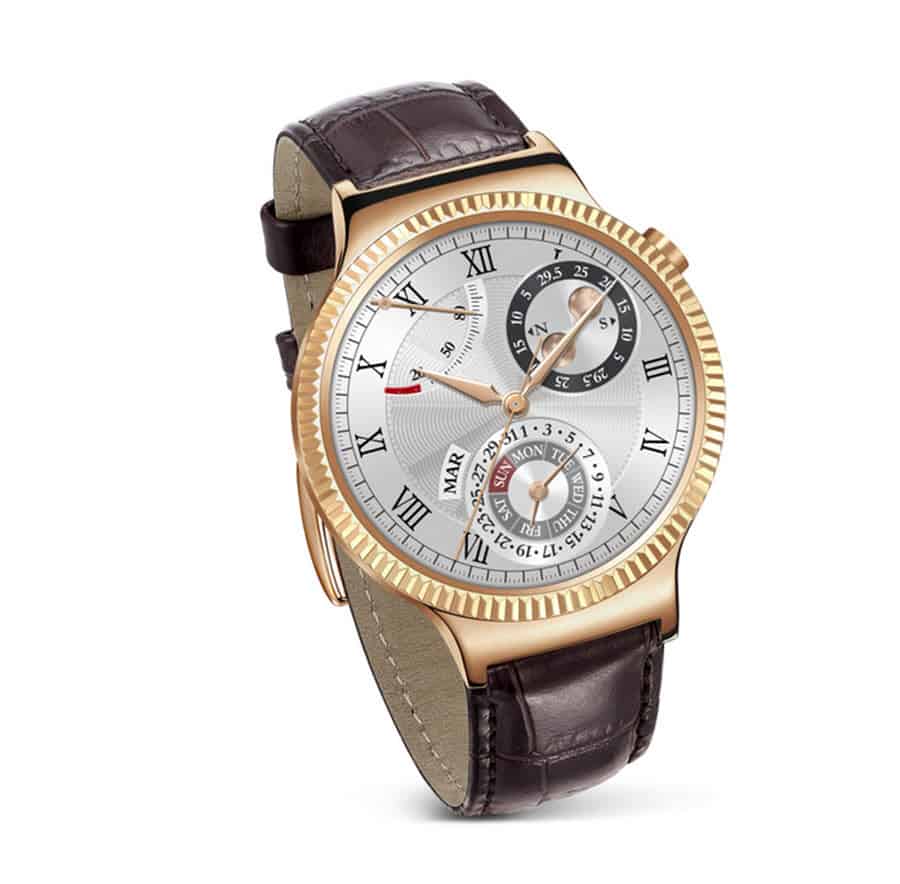 It was back in March at the Mobile World Congress (MWC) when Huawei first announced their first Android Wear smartwatch, simply dubbed, the Huawei Watch.  However, here it is September and still no Huawei Watches have been sold.  All of that is about to change as it was re-introduced at IFA in all of its glory…or I should say 'glories,' as there are six different models to choose – ranging from $349 to $799 USD.  The US will get it first on September 17 and it will be available at GetHuawei, the Google Store, Amazon and Best Buy.  Shipments of the highly anticipated watch will find their way to Canada that same day with pricing not yet finalized.

The Huawei Watch is different in that it will work both with Apple's iOS 8.2 and higher and Android devices running 4.3 and higher, so Huawei has both operating systems covered, allowing the watch to sell to a broader audience.  Huawei also took the approach that this was first a watch, so they use the 'always on' display with a 1.4-inch 400 x 400 resolution AMOLED face and anytime you are not using it as a smartwatch, the Ambient Mode display of 40 designs is on.  Huawei claims you can get well over a day of battery life as long as you charge it every day.

The Huawei Watch uses a Snapdragon 400 quad-core processor clocked at 1.2GHz with 512MB of RAM, 4GB of storage and a 300mAh battery.  It has the usual smartwatch gizmos – gyroscope, accelerometer, PPG (heart rate sensor) and barometer.  There is no auto-brightness functionality because there is no sensor…something that should be on a $400 watch.  It uses a magnetic pin charger that works fine, but no wireless or microUSB charging are supported.  Huawei claims that it can be charged from dead to full capacity in one hour.

The six models are shown below with their US pricing – the cheapest one starts at $349 and includes a stainless steel body with a leather band and a $399 stainless steel body and band or stainless steel mesh band.  The black model with a black metal band ups the price to $449.  The rose gold plated models will cost you $699 with a leather band and $799 with a matching metal band.  The rose gold plated model is slated for later in the year.  Our source has reached out to Huawei to determine Canadian pricing and other details.