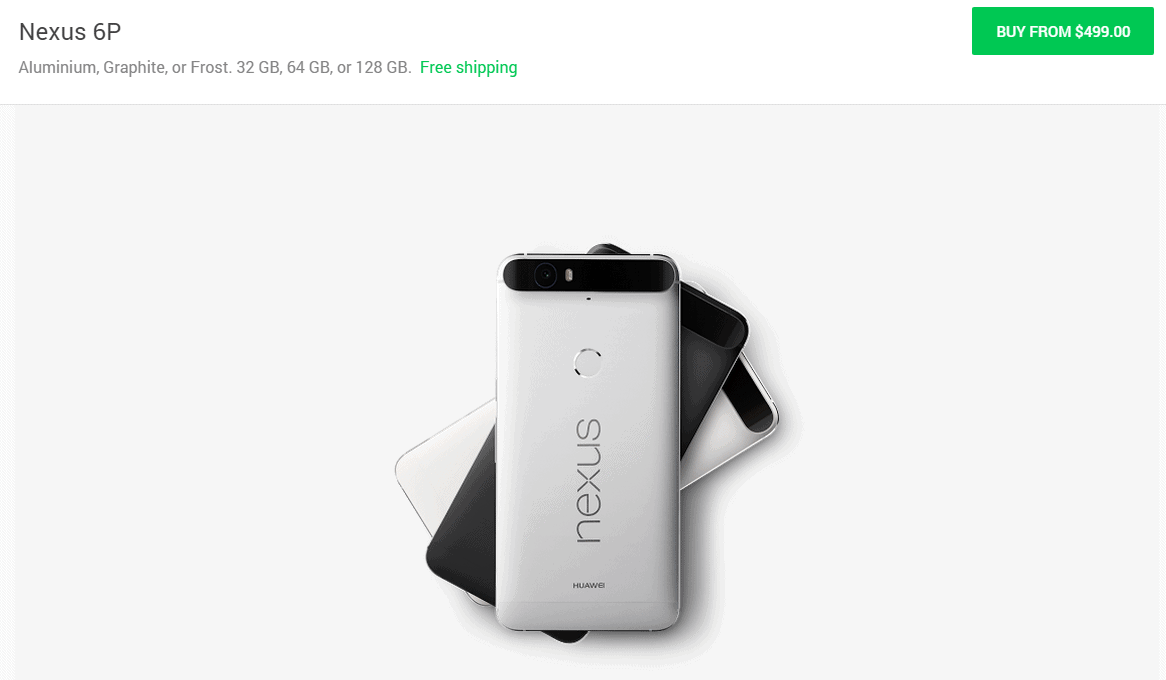 In case you haven't noticed already, today is very much Google and Nexus day with a ton of announcements coming through. Now that the event is finished, Google has unveiled a bunch of hardware products as well as discussed a number of the improvements which will be available on the next Android version, Android 6.0 (Marshmallow). In terms of the hardware, the two big device announcement were the launching of the new Nexus smartphones, the LG Nexus 5X and the Huawei Nexus 6P.

A well as the actual unveiling of the devices, the Google announcement also confirmed that the devices will be available starting today to pre-order from the Google Store. Well, if you're one of those who was waiting to get your pre-orders in early, then it now looks as though the time has arrived as Google has finally lifted the lids on pre-orders and the Nexus 6P is now available to pre-order. As already noted earlier, the cheapest variant on offer is the 32GB model which will cost you $499.99. From there they rise price in accordance with the level of storage on offer. So if you are interested in the 64GB version you are looking at $599.99 and for the biggest variant, the 128GB option, will cost you a cool $649.99.

If you need a recap on what is on offer, then the Huawei Nexus 6P comes equipped with a 5.7-inch WQHD display. Inside, the Huawei Nexus 6P comes loaded with 3GB RAM and powered by a Qualcomm Snapdragon 810 processor. There is a 12.3-megapixel camera on the back and an 8-megapixel option on the front. The device is available in four colors, although only three of them are currently available in the U.S. to pre-order. These are the aluminium, graphite and frost color options. It is lastly also worth remembering that Google did also announce that anyone who does pre-order in the U.S. will receive a $50 Play Store credit they can use on media, apps and so on. If you are interesting in pre-ordering your Huawei Nexus 6P, then hit the link below to head over to the Google Store product page.