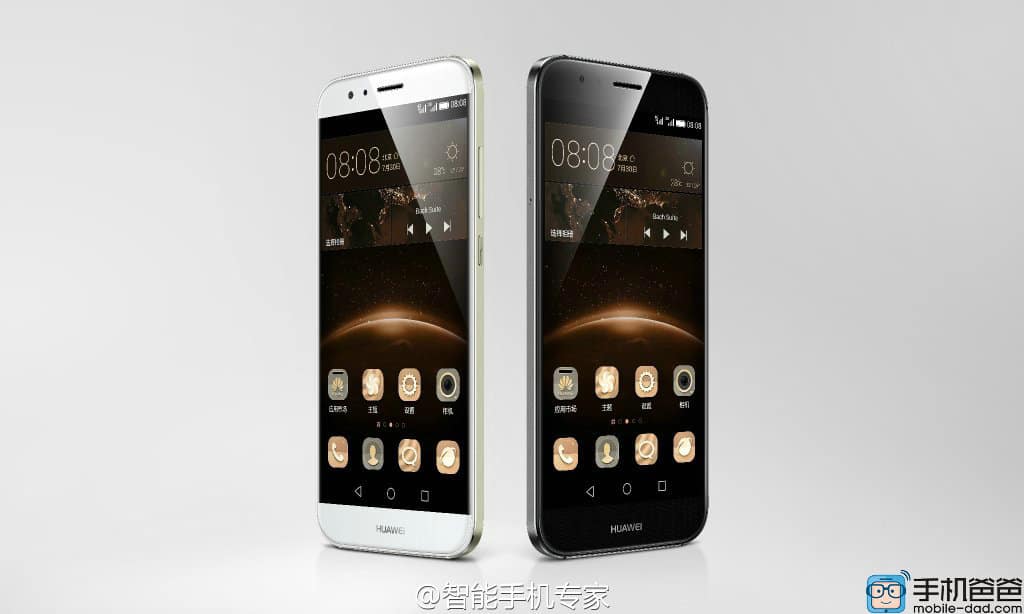 Huawei has announced a couple of new products during the company's press conference in Berlin yesterday. This China-based smartphone OEM has announced the much-rumored Mate S handset, they've also finally announced availability for the Huawei Watch which was announced earlier this year, and the mid-range Huawei G8 handset was also showcased. Speaking of which, this handset was released in China back in July, but unlike the Snapdragon 615-powered variant that was released earlier, the device Huawei introduced yesterday actually features the Snapdragon 616 on the inside. The two SoCs are extremely similar though, so… not much difference there.

That being said, it seems like Huawei is planning to release another device in China soon, at least according to the leaked info. The Huawei G7 Plus' specifications have surfaced, and it seems like this will be another upper mid-range handset for the company. Truth be said, this smartphone actually seems to be the Chinese variant of the Huawei G8 which was announced in Berlin yesterday. The two devices basically share the internals, and judging by the leaked images from the source, they'll also look identical. Anyhow, the Huawei G8 is rumored to feature a 5.5-inch 1080p (1920 x 1080) 2.5D display along with 3GB of RAM and 16GB of expandable internal stoarge. The 13-megapixel camera will be available on the back of this phone, and a 5-megapixel shooter will be located on its front side. As already mentioned, this handset will be powered by the Snapdragon 616 64-bit octa-core processor, and you can also expect it to pack in a 3,000mAh battery. This will be a dual-SIM handset which will offer 4G connectivity. Android Lollipop will come pre-installed here with Huawei's EMUI (Emotion UI) 3.1 skin on top of it.

According to the rumor, this handset will launch on China Unicom (Chinese carrier) at first, and it might become available on other carriers as well. The phone will be available in Black and White color options, and it is said to cost around 2,000 Yuan ($315). That's more or less it. This definitely seems to be the Chinese variant of the recently-announced G8 handset, and you can expect it to launch soon.