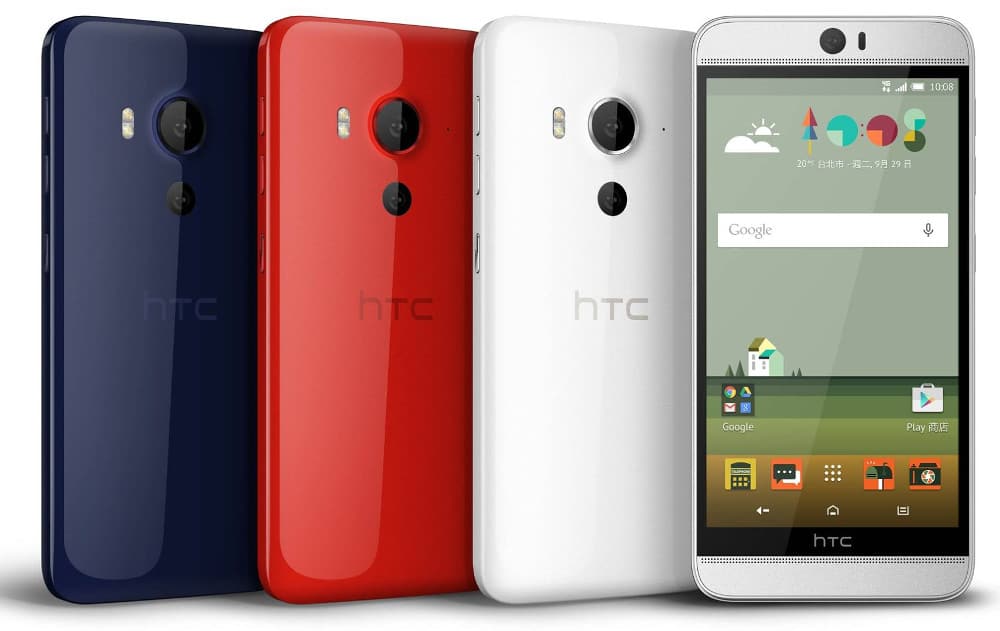 HTC has announced two new smartphones during the company's press conference in Japan, the One M9+ Aurora Edition and Butterfly 3. Well, the former one is new, the latter one is actually only a rebranded device for the international market. Both of these phones are considered to be high-end, the One M9+ Aurora Edition is very similar to the original One M9+, and we've already talked about it in a separate article. We're here to talk more about the Butterfly 3, read on.

The HTC Butterfly 3 was officially announced in Japan back in May this year. The company has decided to wait for quite some time before they push it to other markets it seems, HTC has announced during their event that the 'J Butterfly' device will be known as the 'Butterfly 3' internationally, and that it is rolling out to Taiwan starting form October 25th. The device will be priced at NT$19,900 ($600), and unfortunately HTC did not mention any other markets at the press conference, but it is possible that we'll see this smartphone elsewhere as well.

As for its specs, the HTC Butterfly 3 features a 5.2-inch QHD (2560 x 1440) IPS LCD3 display along with 3GB of RAM and 32GB of expandable internal storage. The device is powered by Qualcomm's Snapdragon 810 64-bit octa-core processor and packs in a 2,700mAh battery. There are two cameras available on the back of the Butterfly 3, the 20-megapixel DuoCamera setup, and next to the main camera you'll notice the dual-LED, dual tone flash. Interestingly enough, the device also sports the IPX5 and IPX7 certifications for water and dust resistance, and Qualcomm's Quick Charge 2.0 is also a part of this package. It is also worth mentoining that this phone does support 4G LTE connectivity, and that it will ship with Android Lollipop pre-installed with the company's Sense UI installed on top of Google's operating system.

There you have it, HTC J Butterfly has been re-named for international markets and will be known as the Butterfly 3. The specifications basically remain unchanged, and if any additional availability information surface, we'll make sure to let you know. Until then, check out the design of this device in the gallery down below.