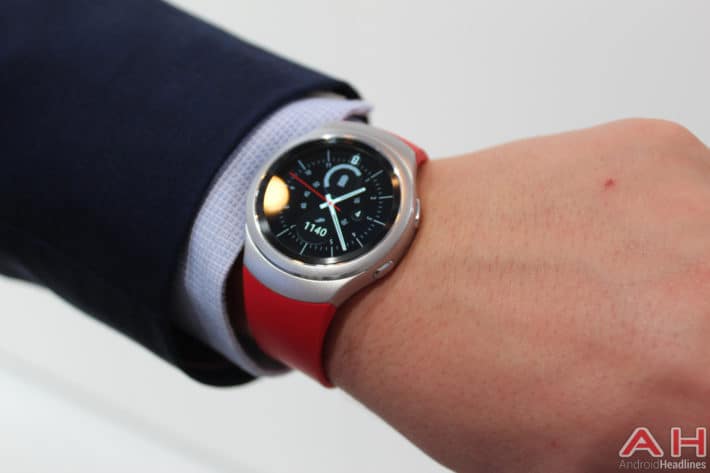 We knew that this week would be the week that Samsung finally, officially takes wraps off of their latest smartwatch. We've been hearing about their latest, fully-circular smartwatch for a long, long time and now, it's finally here. Wearable technology seems to be a recurring theme during this year's IFA in Berlin, Germany and Samsung looks set to take the crown with the Gear S2. Samsung announced two Gear S2 variants, the standard and the smaller 'Classic' version alongside the Gear S2 3G this week and we've been lucky enough to spend time with them on the show floor.

Not only does the 1.2-inch display here come alive, but it's fluid, vibrant and the whole UI is super-speedy and responsive. Keeping the modern look of the original Gear S alive, while also appealing to those looking for something more traditional thanks to the leather wrist straps and the smaller Classic, Samsung have a great timepiece on their hands here. This year, the Gear S2 will be available to smartphones other than Samsung's own and even though this is a Tizen OS, instead of Android Wear, there's a lot of functionality to be had ad all the right boxes are ticked with aplomb.

The Gear S2 is unlikely to be cheap when it goes on sale before the end of the year, but for those looking for a Samsung smartwatch, this is the one they've been waiting for. Gone are the bulky designs of the Gear 2, and Samsung have crafted a subtle, yet attractive piece of wrist candy. Those interested can take a look in the gallery below for more shots.