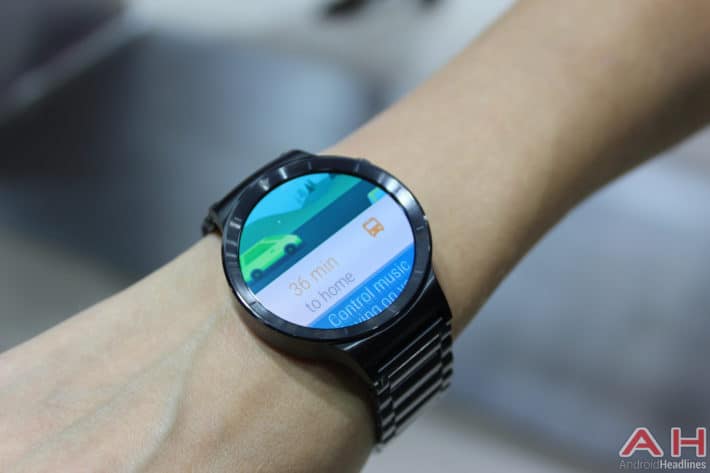 During IFA 2015, it seems as though Android Wear is steadily taking over. The new Moto 360 and Moto 360 Sport have been officially unveiled this past week, and the Huawei Watch is finally here, with pre-orders already open and stock rolling out later this month. Roaming the halls in Berlin, we managed to spend a little time with the new watch, and we have to say we're mighty impressed. Everything about the Huawei Watch has been carefully thought out, starting out from that fully circular display that offers up 400 pixels per inch.

As with most Android Wear devices, the new Huawei Watch runs the same software, but it does have WiFi support, which can fill in the gaps when you leave your phone behind on your desk or whatever. Android Wear is steadily evolving all the time, and with new software updates and features, like the new interactive watch faces, Android Wear is getting better all the time.

There's a quality array of different designs and straps that you can choose for your Huawei Watch, and while the different models go up in price, the Watch is built exceedingly well, and you would be surprised to see this from someone like Huawei. We've compared the watch to the first-generation Moto 360 in the images below. We took a look at what was on the inside of the Huawei Watch here, and you can pre-order your own down below.