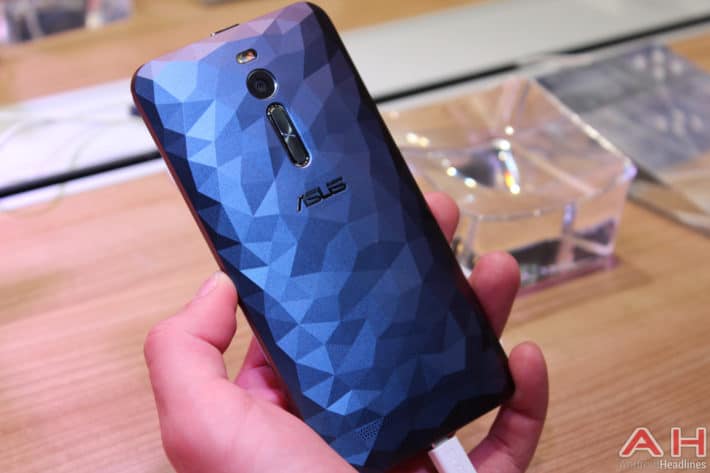 Asus has just held their press conference at this year's IFA in Berlin. The company has announced their next-gen Android Wear-based ZenWatch smartwatch, the ZenWatch 2. This was basically the company's main announcement at the event, and along with it, they brought a ton of already announced handsets for us to check out. We've managed to get our hands-on a number of ZenFone devices at the event, and are here to take a closer look at them basically, read on.

If you take a look at galleries below this article, you'll notice quite a few hands-on images. The devices featured down there are the ZenFone Zoom, ZenFone 2 Deluxe, ZenFone Laser, ZenFone Max and ZenFone Selfie. All five of these devices were announced by Asus earlier this year, and are solid offerings by Asus. The ZenFone Zoom was originally announced back in January during CES in Las Vegas. This handset resembles the Asus ZenFone 2 looking at it from the front side, but things get interesting when you look at its back because of the camera sensor that is located there. This handset features a 5.5-inch 1080p display, 2 or 4GB of RAM (4GB model was showcased) and 16, 32, 64 or 128GB of internal storage (expandable up to 64GB via microSD card). Intel's Atom Z3590 quad-core SoC running at 2.5GHz fuels this thing, and a 13-megapixel OIS camera with 3x optical zoom is available on the back (hence the huge sensor). The dual-LED flash is also available on the back, and this phone ships with Android 5.0 Lollipop out of the box with Asus' ZenUI on top of it.

The ZenFone 2 Deluxe was actually showcased quite recently, last month actually. This handset is basically identical to the ZenFone 2 handset(s), aside from the fact it sports 128GB of internal storage, and a rather interesting pattern on the back. Other than that, the phone sports a 5.5-inch 1080p display, 4GB of RAM and is powered by Intel's Atom 64-bit Z3580 SoC clocked at 2.5GHz. The 13-megapixel camera is available on the back here, and the phone ships with Android 5.0 Lollipop pre-installed.

Asus' ZenFone Max handset was also available for taking a look at. This device was also announced last month (August), and unlike its siblings, it sports a 5,000mAh battery on the inside. The screen is once again 5.5-inches, but this device doesn't offer 1080p resolution, but 720p instead. Qualcomm's Snapdragon 410 64-bit quad-core SoC is fueling this phone, and a 13-megapixel camera is available on the back of this device. The device sports 2GB of RAM and 8 or 16GB of internal storage which you can expand via microSD card up to 128GB if needed.

The ZenFone Laser was one of the 5 showcased devices as well. This handset, like the two we already talked about, was announced last month as well. You have probably already guessed why it has 'Laser' in its name, well, because of the Laser Autofocus that is available on the back of the device next to the camera sensor. Speaking of the camera, this phone sports a 13-megapixel shooter with dual-LED, dual tone flash on the back. The device is powered by the Snapdragon 410 64-bit quad-core SoC, and 2GB of RAM are also included in here. You also get 8 or 16GB of in-built storage (expandable up to 128GB via microSD card), and Android 5.0 Lollipop comes out of the box here as well.

And last, but not least, the ZenFone Selfie. This smartphone was announced in June, and as it name suggests, the focus here is on its front-facing camera. This handset sports the 13-megapixel front-facing camera, and next to it you'll find the dual-LED, dual tone flash. The 13-megapixel camera is also located on the back of this phone, but this one actually has OIS. The device sports a 5.5-inch display, 2 or 3GB of RAM and 16 or 32GB of in-built storage. Qualcomm's Snapdragon 615 64-bit octa-core SoC fuels this thing, and Android 5.0 Lollipop comes pre-installed here as well. That's it, check out the images in the gallery down below if you're interested.