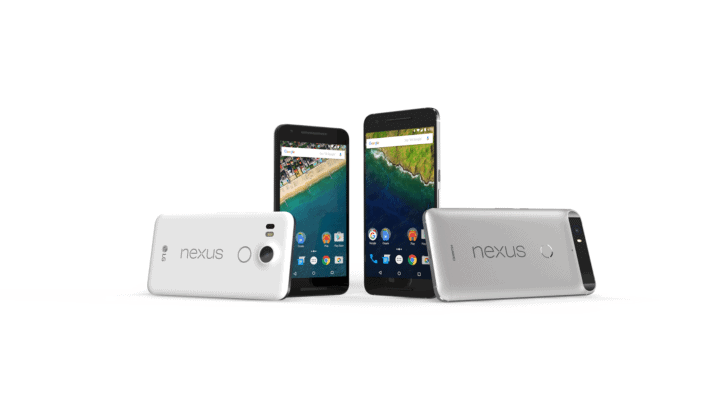 At long last, the leaks and rumors came to an end today, as Google and partners finally announced the two new Nexus devices, the Nexus 5X and Nexus 6P. We’ve been dissecting both devices all morning now, and while both of them are made for different users, they’re cut from the same cloth and share the same DNA. They’re both obviously Nexus devices, and both share the same fingerprint sensor and 12.3-megapixel Sony sensor, but they also both support Project Fi, Google’s experimental look at what a network can be.

We were hoping for some new information on Project Fi during Google’s event earlier today, but sadly we didn’t get any, instead all we got was confirmation that both of these devices will be sold for support for Project Fi as default. This is unsurprising of course, but it does show that Google has a renewed interest in Project Fi, which works on Sprint and T-Mobile networks, using thousands of WiFi hotspots to fill in the gaps – complete with a VPN as standard. During the run up to today’s launch, it was rumored that Google wouldn’t provide the Nexus 5X and Nexus 6P to carriers in the US, and while Google didn’t confirm that on stage, they only mentioned the Google Store in the US, and that carriers outside the US would be able to sell the devices.

Project Fi is a new type of network designed for those that don’t use a huge amount of talk time or SMS, but rather need to get access to data everywhere and don’t want to pay for it. It’s still an experiment right now, and it’s not exactly great value for money, but it’s a new approach of running a network, and it’s one that only Google could have thought up. With the Nexus 5X and Nexus 6P, Google are even offering these devices up with an instalment plan as well, something that should please those eyeing up a 128GB Nexus 6P, but not liking the look of the price tag.