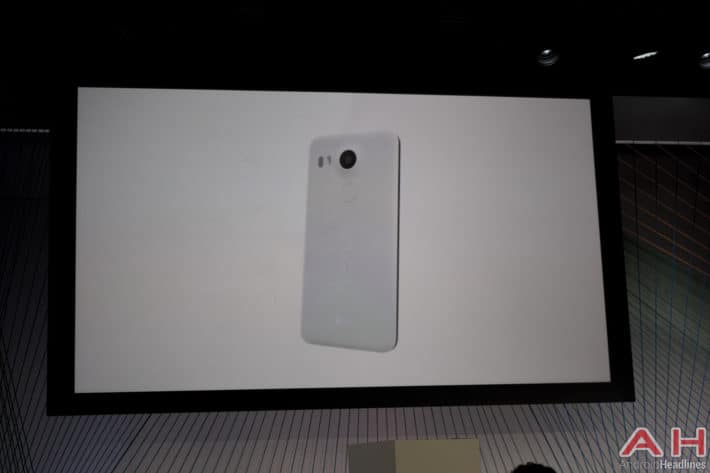 Another year has passed and that means it’s now time for another new Nexus device as Google has just officially announced the LG Nexus 5X, only this time consumers won’t have their choice of just one device with two storage options, but rather two devices with two storage options as Google announced the Huawei Nexus 6P at this morning’s event as well. The devices are now official, however the names have been known unofficially for the last couple of weeks as leaked rumors put them in the spotlight along with leaked press renders and the leaked retail packaging.

Those who are familiar with the original Nexus 5 from 2013 will likely notice some of the design similarities between it and the new model, with the soft touch plastic back and matte colors, but LG has also given the Nexus 5X some visual touch ups. The Nexus 5X now has the fingerprint sensor on the back which can be used to not only unlock the device but it can also be used for Android Pay, and the rear camera now sits in the middle of the back of the device instead of in the top left corner. The hardware specifications have been updated too, as the new model now sports a 5.2-inch 1080p display with 424 PPI, the Qualcomm Snapdragon 808 hexa-core processor like the LG G4, and it comes with a better quality rear-facing camera and front-facing camera coming in at 12.3MP and 5MP respectively. It also comes in a bit lighter weighing only 136 grams, and supports 4K video.

The all new LG Nexus 5X also comes in two of the same colors as the original Nexus 5, coming in Black and White color options, as well a new Ice Blue color instead of the Red. As for the rest of the specs, it comes with 2GB of RAM, a 2700mAh battery which is an improvement over the previous model especially when you consider the battery improvements Google has made to the Android software. The Nexus 5X will be running the latest Android version out of the box, Android 6.0 Marshmallow and will come with 16GB of internal storage, although there will also be a 32GB model available for those who need more space. Like all previous Nexus devices, there will be no expandable storage.