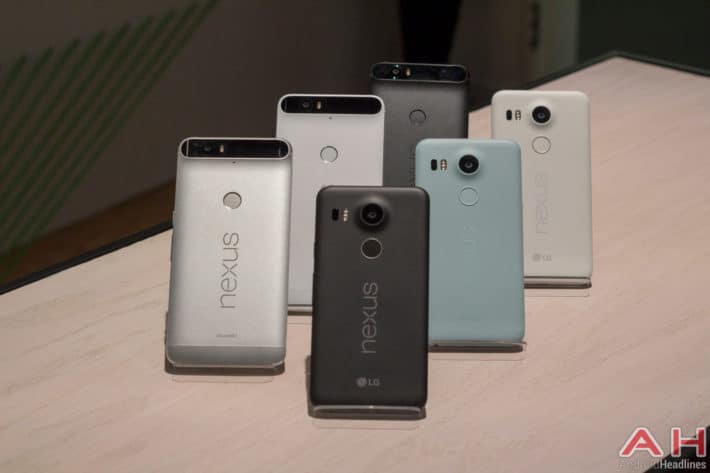 Yesterday, Google announced the much leaked and rumored Nexus 5X from LG and Nexus 6P from Huawei. Today, Hiroshi Lockheimer is doing an AMA with the Nexus design team on Reddit, and had some interesting things to say. For one, that the USB Type-C port is USB 2.0 and not USB 3.0. Even though the reps at the event yesterday clearly stated that the USB ports support USB 3.0 which would give you faster data transfer speeds over USB 2.0. But that appears to not be the case. According to Hiroshi’s post on Reddit, “Nope! Nexus 5X and Nexus 6P supports USB 2.0.”

Google, LG and Huawei are not the first to use USB 2.0 on their USB Type-C connector. OnePlus also used USB 2.0 on the OnePlus 2, and so did ZUK on their ZUK Z1. It’s not a bad thing, necessarily, but don’t expect amazing data transfer speeds, like you’d see with the USB 3.0 standard. Many have also been asking if the USB 2.0 means no Quick Charging, but according to the reps yesterday, it will still do Quick Charge. However those same reps also said these two smartphones used USB 3.0, so we’ll have to wait for clarification on that. Hopefully that tidbit was correct from the reps at the event yesterday.

The Nexus 5X is made by LG, and has a 5.2-inch 1080p display. It’s also powered by the hexa-core Qualcomm Snapdragon 808 processor and 2GB of RAM with a 2700mAh battery powering the phone all day long. While the Huawei Nexus 6P has a 5.7-inch QHD display, powered by Qualcomm’s octa-core Snapdragon 810 processor, 3GB of RAM and a 3450mAh battery inside. Both have fingerprint readers on the back as well. Both models are available for pre-order now exclusively from the Google Store. With the Nexus 5X starting at $379 and the Nexus 6P starting at $499. Both do work with Project Fi, in case you were waiting to check out Project Fi until there were some smaller phones compatible with it. There will be more and more info flowing out in the next few days, as we learn more information about both devices. So make sure you keep it locked to Android Headlines.