As to be expected, the news from Google just keeps on coming in today. The company has already held their event in San Francisco and with it announced the launch of the LG Nexus 5X, the Huawei Nexus 6P, two new Chromecasts and a new tablet hybrid. However, that was not all. In among all the hardware talk and announcements, there was also a number of software features detailed that are coming as part of the release of Android 6.0 (Marshmallow).

Well, following the main event, Google has now released some more details about Marshmallow in a handy ‘ten things you should know’ image. The first feature referenced is the use of Google’s Now on Tap. This has been a widely covered aspect of Marshmallow and is the evolving of Google Now into a more intuitive service. The next feature commented on is the use of better battery software thanks to the likes of Doze, which rests your device when not in use. The number three feature discussed is the use of better security thanks to the likes of advanced app permissions so users can have better control over their apps and the permissions they seek. While the next feature you should know about is the use of the fingerprint tech inside, which means you can now access your device with just one touch.

Fifth on the list is the use of Verified Boot which essentially means your device will warn you if any of the software has been modified from the stock experience. This is checked during the booting of the device. While number six focus on Direct Share, which is another feature that has been introduced to offer users a much more easier way to share files with people directly. Number seven focuses on the improved backing up and restoring of apps and data through Marshmallow. In particular, how when you restore an app to a new device, you can continue where you left off from your old device. Number eight talks about the improvements seen to the voice command abilities with Marshmallow and specifically the ability for apps to interact more with the voice commands you give. While number nine will be more dependent on the device you’re using then Marshmallow, but is the use of Type-C USB for faster data transfer and quicker charging. Closing out the list, is a new feature dubbed Flex Storage which is a better way for devices to interact with connected external storage options. In short, how Flex Storage can accommodate external storage aspects to look and feel as if they were internal storage. You can check out the full list of new features in more detail, below. 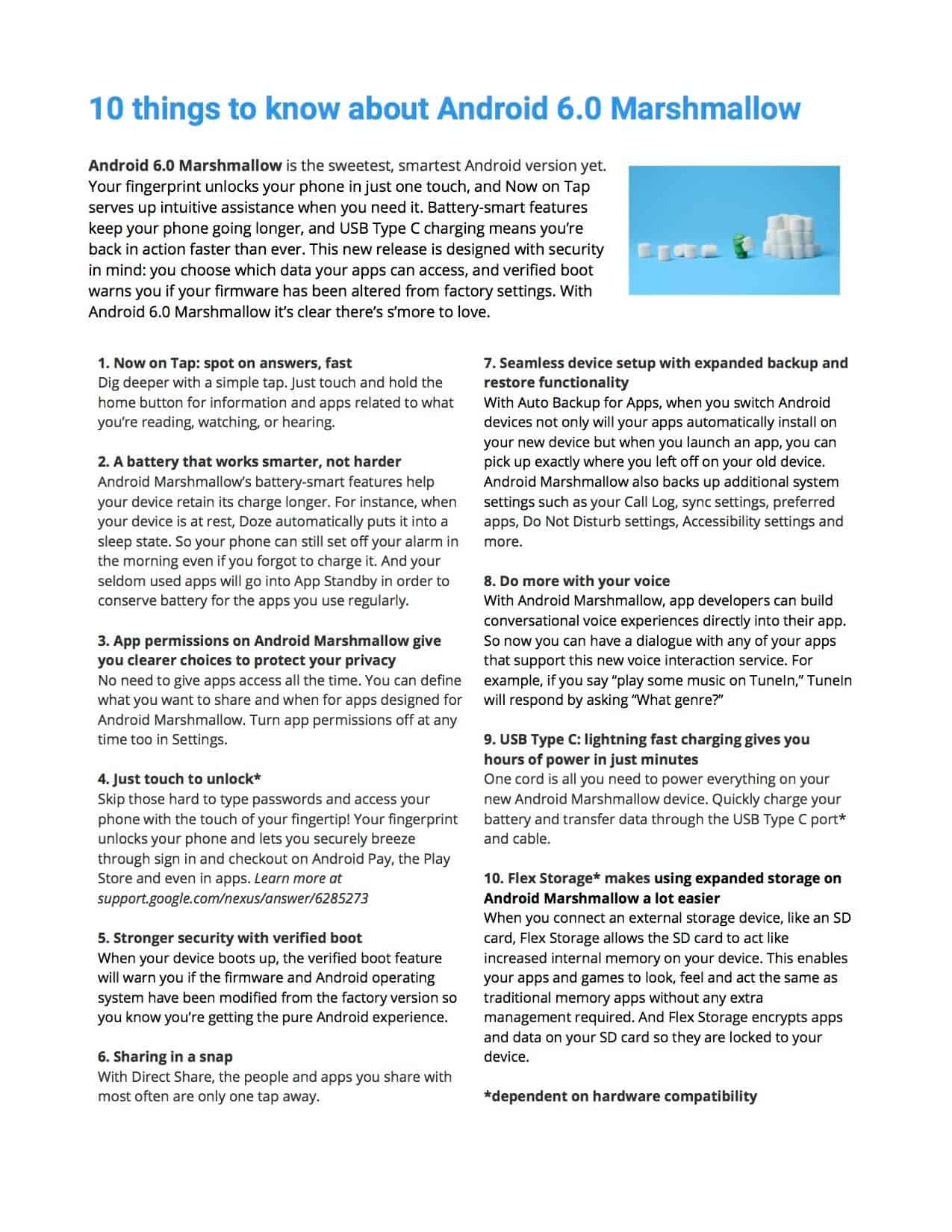