Google Fiber has been around for a while offering high-speed broadband internet of up to 1000 Mbps and cable TV services in few selected cities across the U.S. Launched first in Kansas City metropolitan area, they later expanded to Austin, TX and Provo, UT in April 2013. Another expansion phase is bringing Fiber to five more cities: Atlanta, Charlotte, Raleigh-Durham, Nashville, Salt Lake City, and San Antonio. There are 6 more potential cities to get the service from Google and today the company announced that they will begin working closely with 3 of them to bring Google Fiber to their citizens. They are Louisville in Kentucky, San Diego and Irvine in California. Other cities include Portland, Oregon, San Jose, California and Phoenix, Arizona.

Besides the good news, nothing is set stone as both Google and the cities have to conduct detailed study of factors that affect construction, such as local topography, housing density, and the condition of existing infrastructure. They will determine if it's technically feasible to install Fiber and to generate all the planning process. "Every city is different and will move on a unique timeline, so we'll keep in touch with residents about our progress along the way," Jill Szuchmacher, Google Fiber expansion director, said today. "It's clear that Irvine, Louisville and San Diego have strong leaders at city hall who are passionate about bringing fiber to their communities and making the Internet more accessible for everyone." She added, "Regardless of whether Google Fiber comes to the region, this process gives cities a head start in welcoming any gigabit provider to the area."

Cities served by Google Fiber already rank among the top speed connections in the world and the arrival of the service on these new areas will be extremely beneficial for their economies. San Diego has a trending startup scene that ranks in the top 10 in America, Louisville has a collaborative program to boost technology and coding jobs in the city with Code Louisville, and Irvine has a business incubator with collaborative workspace and all could benefit from the high-speed connection. The processes of bringing fiber to these cities should take a while as each of them are massive infrastructure projects and there isn't an exact timeline for now. Below you can see a map with current, upcoming and planned cities for Google Fiber. 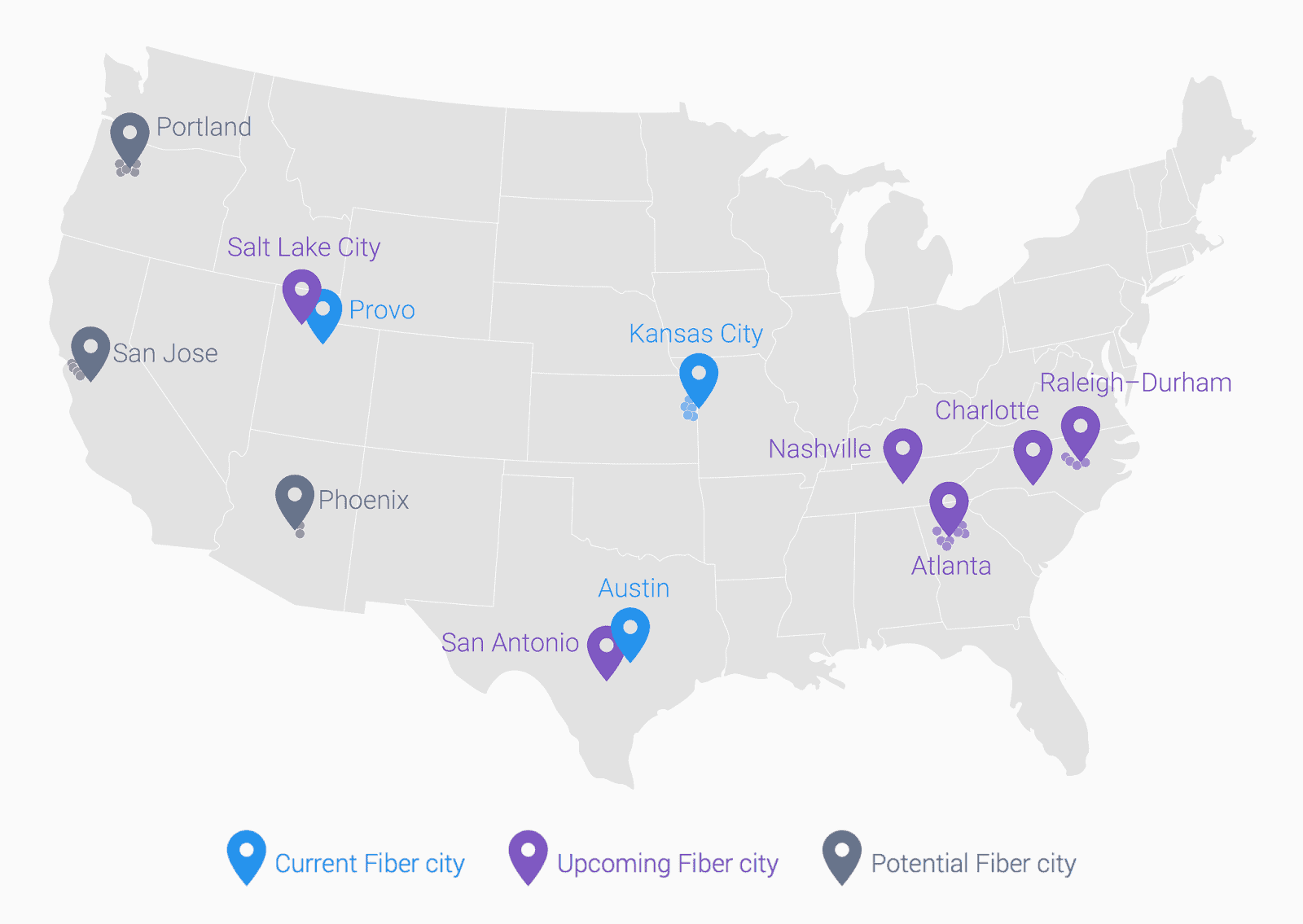