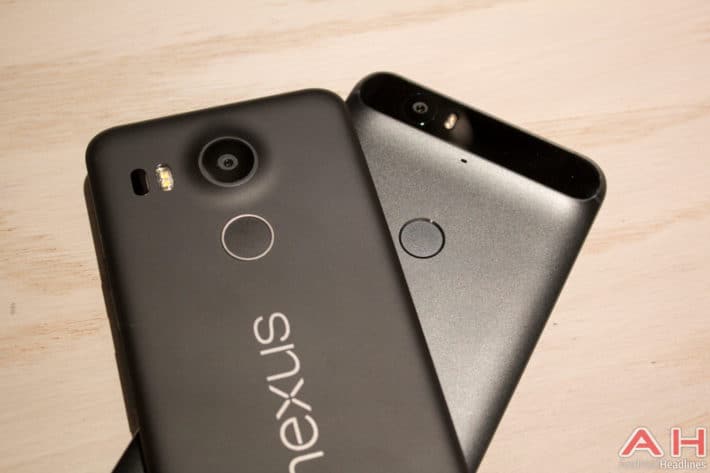 Yesterday Google held their annual Nexus event and unveiled the latest in the line of Nexus products for the year ahead. For some, the news of what is now confirmed as the LG Nexus 5X and the Huawei Nexus 6P won’t have been exactly breaking news, as the two devices has been subjected to a ton of leaks and information prior to their unveiling. In fact, by the time they were announced, nearly all of their details had already became public knowledge. Not to mention, clear renders of both devices surfacing. As such, very little was left to the imagination by the time the event did begin.

That said, the names which were adopted for both devices had been leaked much earlier in the month and in spite of such early rumors about their names, yesterday, saw both the 5X and the 6P being confirmed by Google. Although, at the event, the company did little to explain the logic behind why either of them were named in such a way. Offering no explanation for what the “X” or the “P” actually stands for.

Well, VP of Android, Hiroshi Lockheimer, is currently holding an AMA on reddit and the use of the naming is exactly one of the questions he was asked. In answering, Lockheimer explains that the “X” for the Nexus 5X is meant to represent the X branding used for Nexus. According to Lockheimer “X for the core of the Nexus brand.” Further adding, “(plus it sounds cool!)“. In terms of the Nexus 6P, which has now been confirmed to be the more flagship device and comes sporting much greater specs, Lockheimer explains that the P is actually meant to denote “Premium“. Although, it seems that expansion is already drawing some comments as one person asked if next year we will see a Nexus 5P device and someone else commented that if the Nexus 5X represents the core of Nexus, then why is the 6P a better value device. Whether this reasoning will satisfy the curiosity behind the naming remains to be seen, although, it does seem to be the reasons currently being offered.