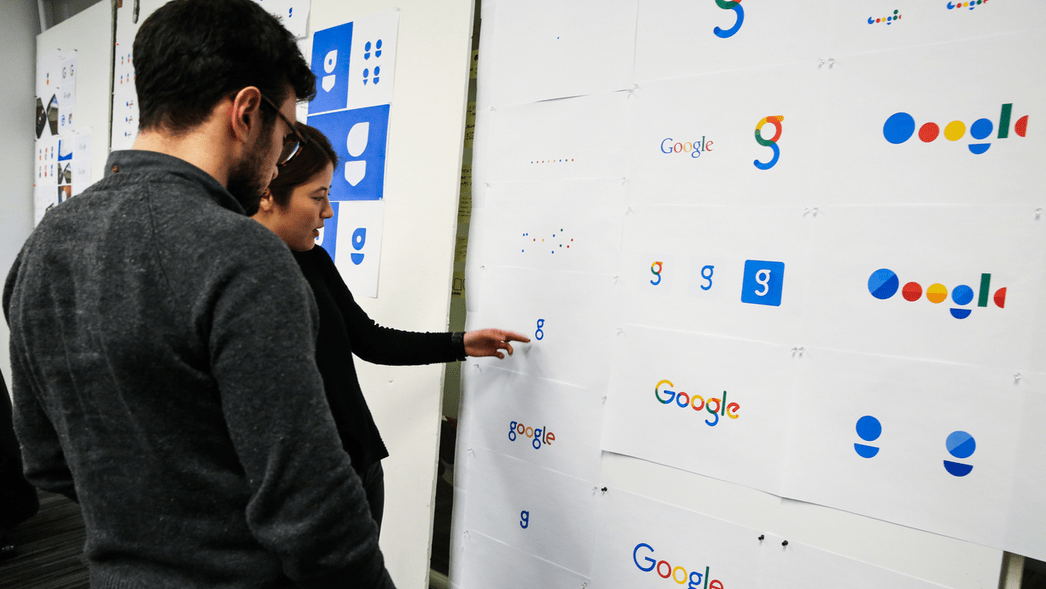 Google's been making some changes to their logos and icons recently, bringing a slightly more modern look with a completely new font type for the main Google logo as well as the G in some of the icons for their various services, as well as some of the font type in certain Android apps like Maps, and likely more on the way. Google didn't just come to this new logo design in an instant though, Google went through a ton of different options before they settled on what's been shown off today, and they've given everyone a peek into what some of those logo designs were that ultimately were bested by the option that was chosen which seems to be the collective favorite of those at Google.

Some of the designs were simply slight variations of the now current Google logo, and it looks like Google played around a little bit with the placement of color, with one logo showing all four colors for each letter in the word. Another logo shows off a series of lowercase letters, while quite a few options are quite a bit more adventurous in using collection of different colored shapes like circles, lines, and half circles in varying sizes made to look like the word Google.

Ultimately Google settled on what they showed us earlier, utilizing a newly custom created typeface they call "Product Sans" which is a variation on the traditional Sans serif typeface. The new logo does well to convey Google's love for simplistic aesthetics although more than a few of the unused options look like the could have served their purpose for representing the Google brand to the people. Along with the image picture above, Google has a lengthy blog post in which they describe the process of making the new logo and all the elements, people and ideas that came together to create the new design. There's quite a bit of detail on the whole thing but if you've got the time to sit down and go through it, it might be quite the interesting read as it seems like it somewhat displays what Google likely goes through when designing anything new.