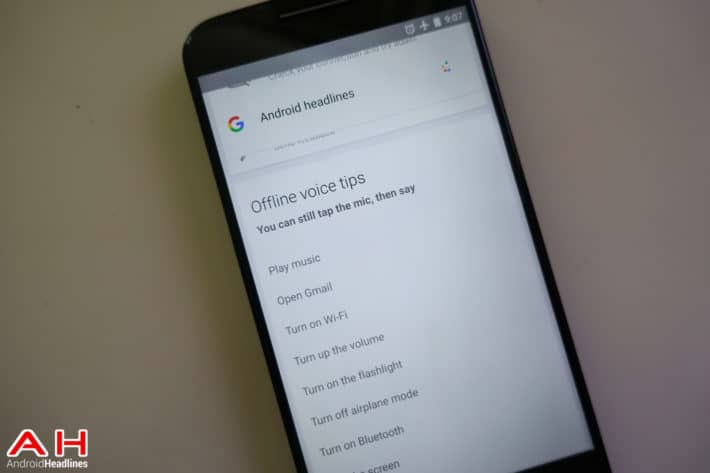 Voice commands are pretty sweet. Being able to tap the mic on the search bar on your home screen (given that you have the Google Now Launcher installed) and tell your phone to play music from a certain artist in a certain app, is pretty convenient. Not to mention, a cool way to show off to your friends. However, for the most part, you do need a data connection. Whether that be over WiFi or a mobile network like 4G LTE. Google has now updated their Android App to support some offline voice commands. So if you're somewhere that doesn't have WiFi or your carrier doesn't have coverage, you can still use some voice commands.

The voice commands that are currently supported offline in the Google App include: "Play Music", "Open Gmail", "Turn on WiFi", "Turn up the Volume", "Turn on the flashlight", "Turn on Airplane mode", "Turn on Bluetooth", and "Dim the screen". So obviously it's not the full list of commands you'd get if you had a data connection, but it is better than nothing. It's also important to point out that the "Open Gmail" command will work with any app on your device, so you can use it for Spotify, Inbox, Chrome, Evernote, or any of the others installed. Additionally, the "Turn on…" commands will also work as "Turn off…". So you can simply say "Turn off flashlight" as well and that will work without a data connection.

We first saw signs of offline voice commands in the Google App back in June, when it was torn down and some strings were found. Now we're finally seeing some of the voice commands available offline. Which is great to see. For most of us, we are probably never without a data signal, but for those few times that we are, it's nice to still be able to talk to our phones and do things like turning down the brightness or turning off Bluetooth. What's really cool is telling your phone to go into Airplane Mode when your flight is taking off. Although that's bound to get some attention from fellow passengers.