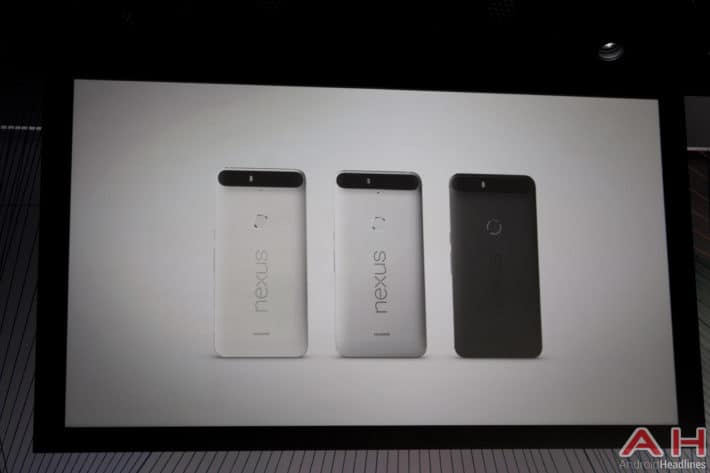 It has been a long time coming and subject to a mass of rumors and speculation over the last few weeks and months, however, that has all now come to an end. Google has been hosting their Nexus event in San Francisco today and have now unveiled their latest Nexus devices. Google has confirmed both the LG Nexus and the next Nexus flagship device, which is now confirmed to be the Nexus 6P by Huawei.

In terms of the specs, much of what has been confirmed today had been rumored already. The Huawei 6P is indeed a phablet based device and comes sporting a 5.7-inch display with a WQHD (2560 x 1440) resolution. Inside, the Huawei Nexus 6P comes sporting 3GB RAM and is powered by the Qualcomm Snapdragon 810 v2.1 octa-core processor. In terms of cameras, the Huawei Nexus 6P comes equipped with a 12.3-megapixel rear camera with a Sony sensor and laser detect Autofocus. This is coupled with an 8-megapixel front facing camera. Other notable features on offer include a fingerprint scanner which is rear positioned and makes use of “Nexus Imprint”. A Type-C USB port for faster data transfer is also on offer, while the device comes powered by a 3,450 mAh non-removable battery.

In terms of the rest of the details, the Nexus 6P makes use of a metal unibody design, offers dual front facing speakers, contains the noted camera bump on the back and weighs approximately 178 grams. The Nexus 6P will be available in three storage variants, consisting of 32GB, 64GB and 128GB. As such, there is no option for expansion due to the absence of a microSD card slot. In terms of colors, the Nexus 6P will be available in either Aluminium, Graphite, Frost and Gold (although the Gold will only be available in select regions). While, as to be expected, the Huawei Nexus 6P does come running on the latest version of Android, Android 6.0 (Marshmallow) out of the box. In terms of pricing and availability, the announcement is still taking place as we speak and so the prices have not yet been confirmed, although those details will come through soon enough.