Samsung seems to be having an identity crisis and in their usual South Korean style are producing more models and making them faster…as if throwing as many variations at us as they can will help their slumping sales.  Samsung completely redesigned their flagship Galaxy S6 this year with glass and metal, although it looks almost identical to the Galaxy S5 from a front-on view.  They also brought out the Galaxy S6 Edge with a dual-curved display on the left and right sides.  Next, they accelerated the release date of their Galaxy Note 5 and a new Galaxy S6 Edge+ as a replacement for the Galaxy Note Edge.  Now it seems that Samsung is determine to accelerate its launch schedule of the new Galaxy S7, which could be ready by the end of this year.  It makes sense in a way, because the new Qualcomm Snapdragon 820 will be ready, as will Samsung’s own upgraded processor – rather than sit through winter to launch the Galaxy S7 in the spring, they could launch it early and get the jump on other manufacturers.  If any smartphone company has the resources to pull off quicker upgrades, it would be Samsung.

Many are wondering if their new smartphone, codenamed “Project Lucky,” is indeed the next Galaxy S7.  It is currently being tested with a Samsung Exynos 8890, although it is no secret that Samsung has also put the Qualcomm Snapdragon 820 through rigorous testing as well.  It seems as though Samsung would like to use the Snapdragon 820 and according to our source has given the green light to be used in overseas models, most likely because of Qualcomm’s excellent “globetrotting LTE” modems that better support the market as of now.  Our source has uncovered the Exynos 8890 (Mongoose) processor paired with LTE modems as well under their Project Lucky with both 3GB of RAM and 4GB of RAM.  They have also heard about two different display sizes – 5.7 to 5.8-inches and a 5.2-inch one.

The Exynos 8890 without LTE and 3GB of RAM actually scored higher scores than the Exynos LTE model with 4GB of RAM.  However, the non-LTE version was clocked higher at 1.5GHz versus the 1.38GHz for the LTE enabled model – but both provided very fast scores.  While we cannot make any final conclusions of the speed of these processors, we do have proof that Samsung was testing the Exynos 8890 octa-core for possible use in the Project Lucky device, which could or could not be the new Galaxy S7.  It is amazing that the Galaxy S6, S6 Edge, Galaxy Note 5 and S6 Edge+ have just been released within a five-month period and already we are hearing rumors there could be a new Galaxy S7 out at year’s end. 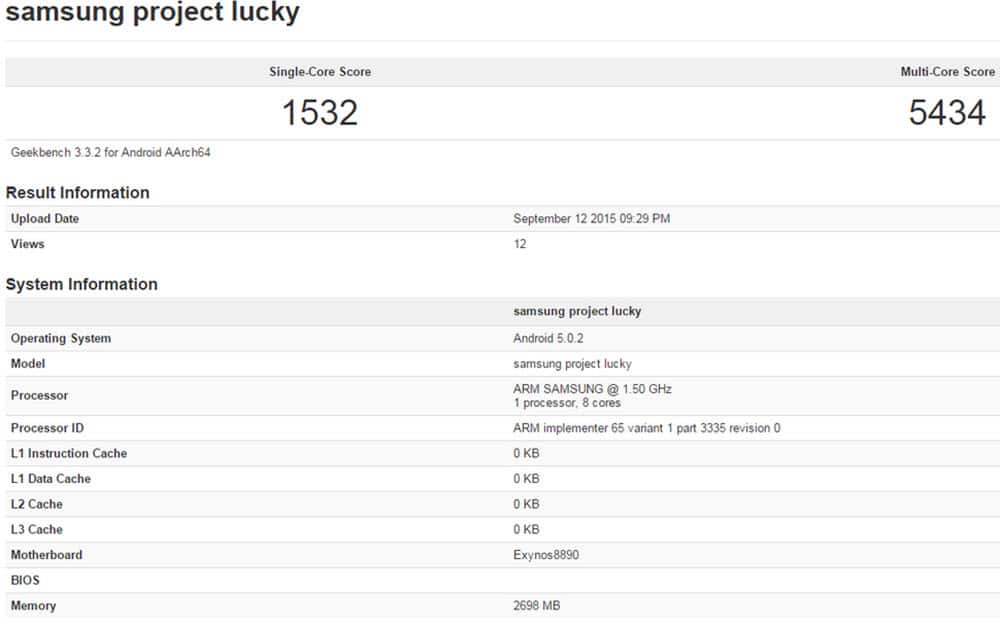 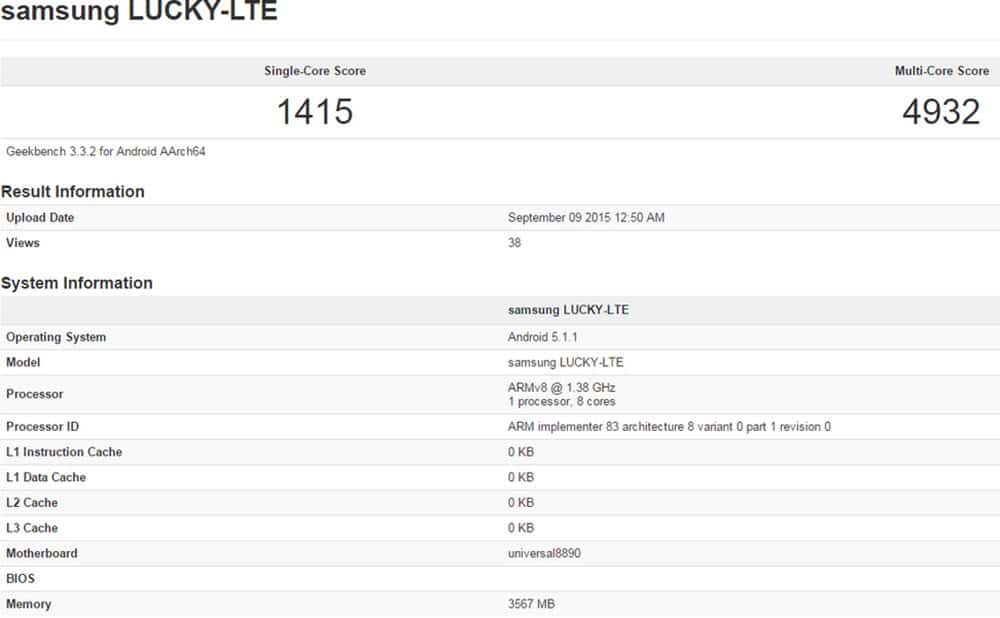