Over the years Xiaomi has turned from simple cheap smartphone maker to a industry giant, always expanding out into new territories and creating wake in any market it moves into.  Its latest foray into the world of smart connected tech is through a series of video cameras it's marketing as part of what used to be called Xiaomi Yi, but has now been shortened to XiaoYi and sub-branded.  We already reviewed the first entry into the XiaoYi family, the Action Camera, which turned out to be a great entry-level priced GoPro competitor for those looking to capture the moment but don't necessarily need the best quality video of all time.  This time around we're looking at something that's going to hold a little more still, as in sitting on a bookshelf or cabinet in your house.  That's the awkwardly named XiaoYi Ants Smart Cam and it's designed to double as both a security camera and a webcam, and somehow all this comes together for a measly $30.  Is this one too cheap to be good or has Xiaomi done it again?  Let's take a look! 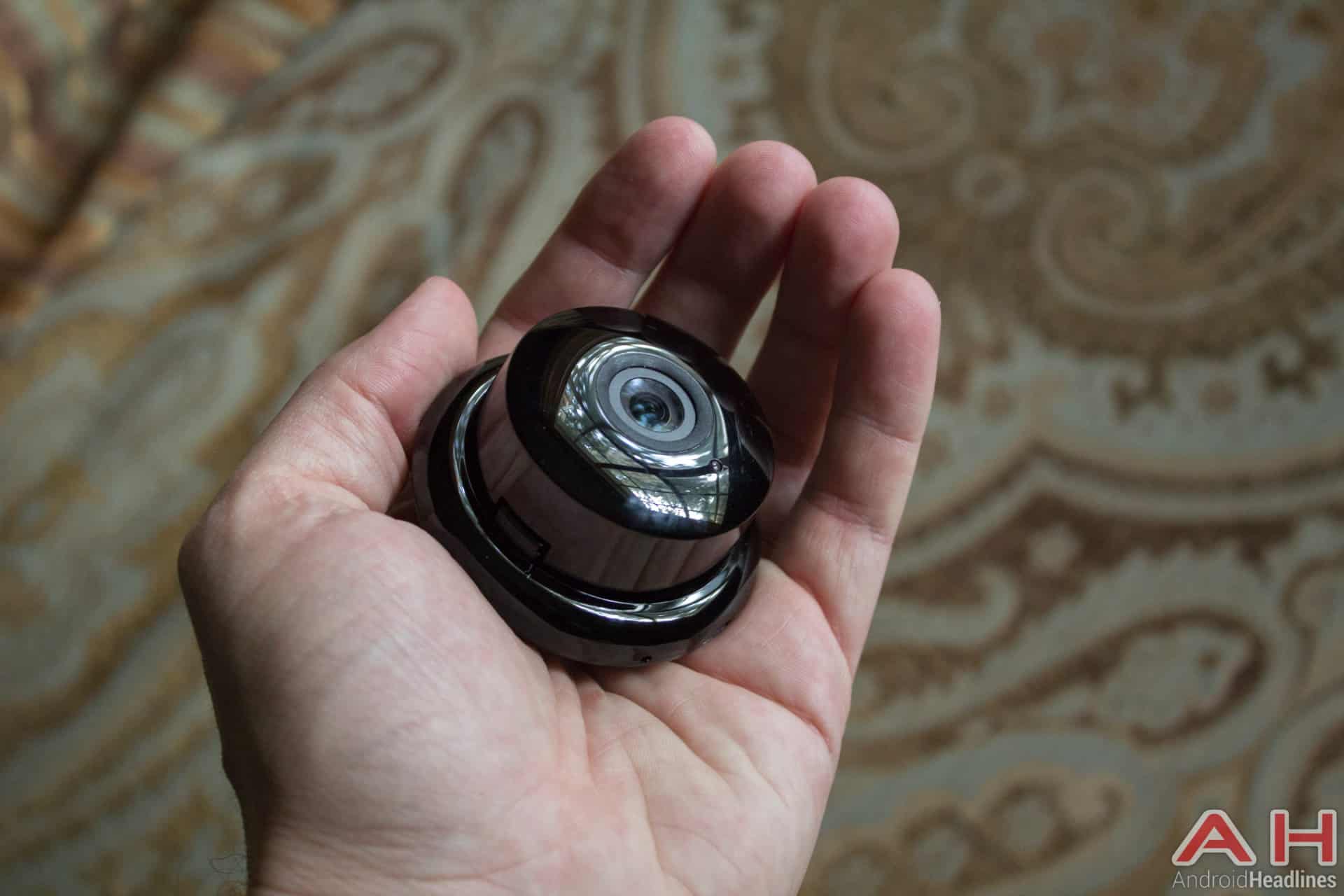 The Xiaoyi Ants smart webcam sports some pretty great specs given the price.  We're looking at some incredible night vision optics with 720p 20FPS video, as well as a 111-degree wide angle lens to capture more of the environment around the camera.  Motion detection is on board and the microSD card slot can be filled with any size microSD card of your choice for picture taking and video recording.  There's a 4x digital zoom capability on here and a bi-directional audio support so it can be used either as a web cam or to yell at intruders to scram off your property.  A wide range of protocols are supported including IPV4, UDP, TCP, HTTP, RTP/RTSP, DHCP and P2P.  Lastly the unit is 114.4mm high and 80mm wide with the stand on, or if you want to attach it some other way the camera itself is only 58.4mm high and 32.1mm wide, so it's a pretty compact camera. 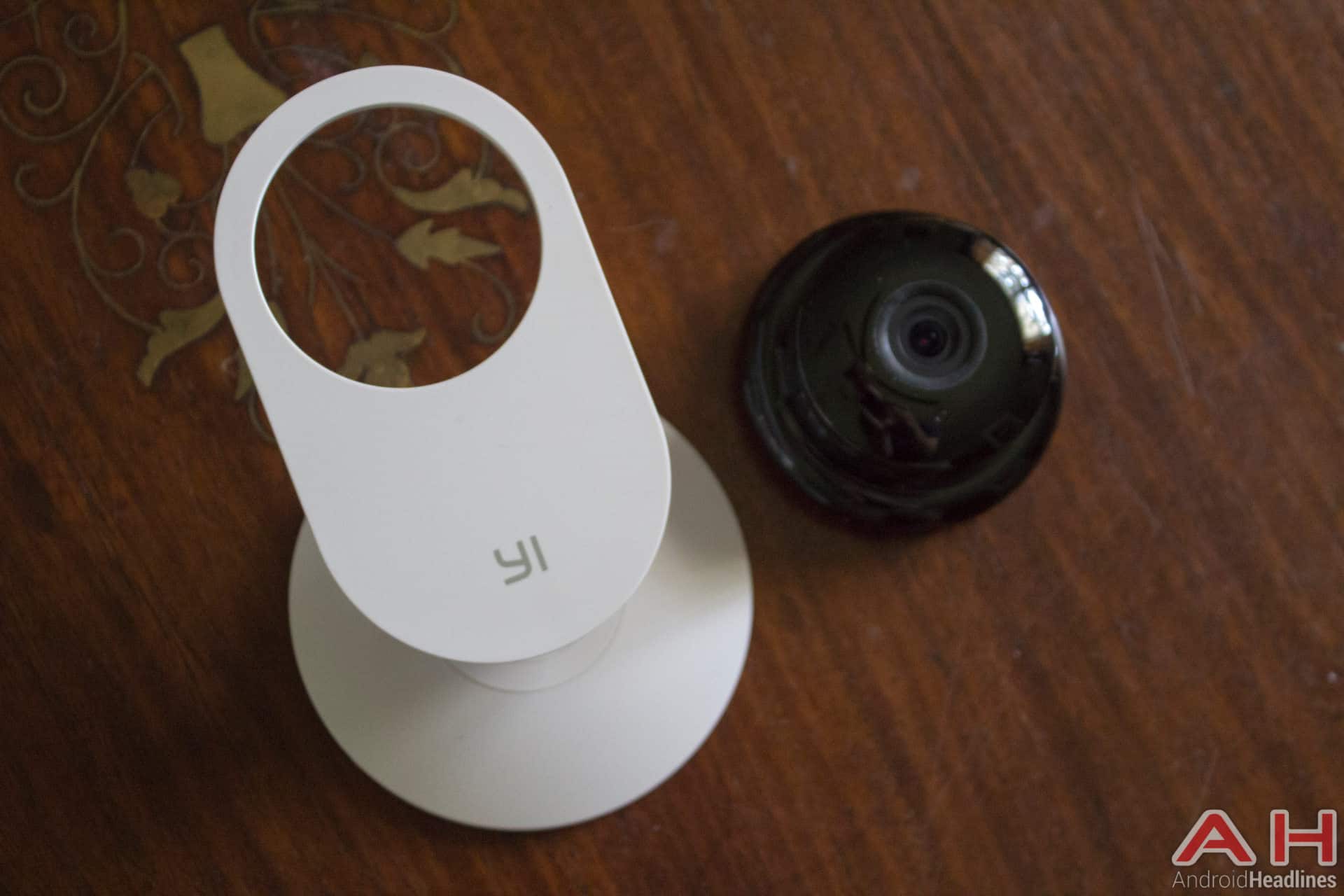 Xiaomi's design has become iconic in many ways, and the Xiaoyi Ants camera sticks with that design right down to the app used.  Speaking more on the hardware the unit itself is all white shiny plastic, as you might assume from a device that's $30-something USD.  As usual Xiaomi has priced it's products so low the rest of the market is probably scratching their heads as to how they did it.  One thing's for sure, Xiaomi saved a lot of money by both not including any sort of battery on the unit at all, but no usable internal storage.  There's some storage here obviously since it has to run off an OS of some kind, but that's only accessible by the firmware update process and nothing else.  On the front are the large circular optics surrounded by a ring of blue infrared lights to enable the camera to see in pitch black darkness.

There's a QR code on the back for pairing and both a speaker and microphone as well.  The included base is very stylish and folds up to either hold the camera 90-degrees straight up or all the way back to be flush with a wall, presumably to mount it and be able to adjust for pitch.  The camera itself is able to rotate freely inside of this base too, so if you want vertical video instead of normal horizontal video it's easy enough to adjust.  There's a microUSB port located around the outside rim for power, and right next to that is the microSD card slot.  The camera has a nice weight to it that's likely all due to the higher quality optics used here to accept plenty of light rather than the plastic body. 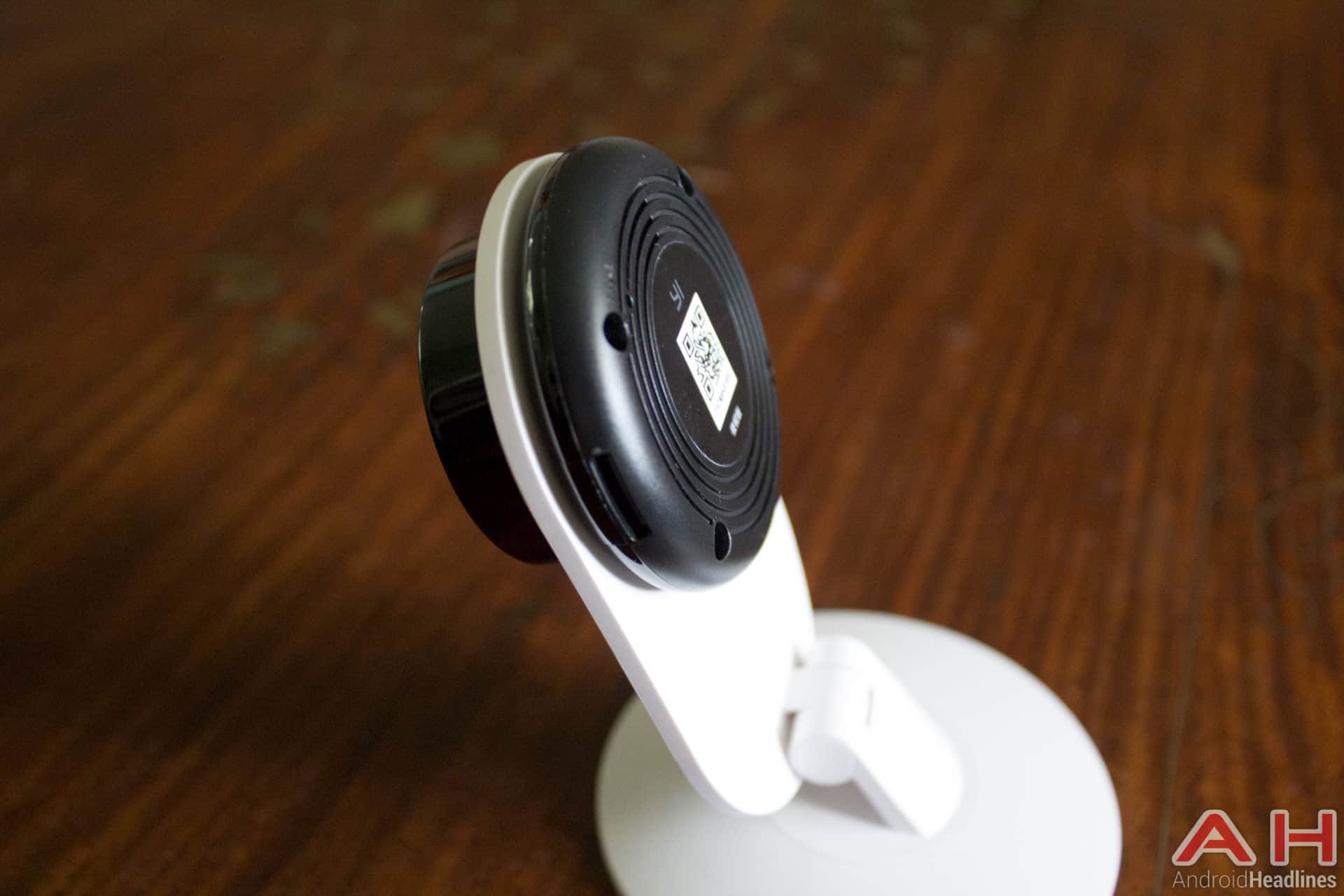 Initial setup of the camera is simple, although it's entirely in Chinese so it may take a bit of guessing for certain steps.  The app is available straight from the Xiaoyi website right here and is a small app with lots of scary looking permissions.  The other downside is that you have to log into your Mi account and cannot use the camera without it.  If you want to stop right here and say forget it, I really wouldn't blame you at all.  On the bright side by doing it this way you've got easy access to your camera anywhere in the world through the app, which connects to Xiaomi's servers and protects the camera via a 4-digit PIN code.  This sort of thing isn't impervious to hacking though, and there are always ways around it so privacy is certainly a concern as it is with any web-enabled camera.

The camera itself works via WiFi only and will connect up to your preferred access point in the initial setup.  Beyond that connectivity was quick and video quality was great, especially for 720p video from a budget device.  What's particularly impressive here are the optics, which can see in pitch black almost as if it were daylight out.  Looking at screenshots throughout the day you'd be hard pressed to tell the difference between 2 o'clock in the afternoon and 2 o'clock in the morning, it's really that impressive.  Digital 4x zoom is available but really doesn't do a whole lot more than just pinching and zooming a screenshot would, although being able to zoom in the app while video is recording is quite nice.  Don't expect lots of detail when zoomed in that much though, this isn't an episode of CSI nor is it optical zoom, so it's really just getting your eyes closer to the pixels to make out small details that might be there.

There's also motion detection and built-in alerts in the app, all enabled via a simple setting that allows you to both alert you when motion is detected and automatically start recording and taking pictures of what's going on.  This can be controlled by time slots as well, so while detecting motion in the evening doesn't make sense since you're likely going to be home, seeing what's going on while you're at work or sleeping might be pretty important.  Since the Xiaoyi Ants camera has a built-in microphone and speaker you can even use the app to communicate with the person or people in the same room as the camera, whether it be a friendly conversation with friends and family or a warning for an intruder that the cops are arriving.  This makes the Ants camera one fantastic piece of security, not just because it can alert you but because it can have an actual human voice telling people they've been caught.

In the app you'll find a live viewfinder along with a timeline of video that's been recorded.  When a microSD card is inserted video will be recorded over time and you can easily scrub through the history of what's been seen by the XiaoYi Ants Smart Cam.  If a microSD card isn't inserted video alerts will still be sent to your app but have to be downloaded right away or risk being lost.  It's nice that there's at least this little bit of buffer room in case you don't have or forgot to insert the microSD card, as motion detected will still result in a small 15 second or so video being reported to the app.  This video can be saved and shared to anything via the app and the standard Android sharing dialog.  Screenshots can be easily taken using the included button on the interface, and pinch to zoom on the viewfinder is enabled at all times.

Looking at the history of video and pictures taken with the camera can also be done by clicking the folder icon in the bottom left, bringing all these out in a tabulated view for easy finding.  One of the coolest uses of the camera is through the microphone and speaker located on the device itself, so you can always listen to what's happening where the camera is located as well as hold the giant microphone button in the app to talk to the party on the other end.  The experience of adding multiple cameras to the app couldn't be simpler either, as it's done via a simple QR code scan after the camera is first turned on, and all cameras are sorted in the app via Google Now style cards on the main interface.  While the app certainly looks like it belongs more on iOS than Android this really shouldn't be a surprise if you're familiar with Xiaomi's style on their other devices.

Alerts can be found in the Message section of the app as soon as you open it, and all alerts come up as a notification as well so you don't miss them.  Xiaomi advertises this one as a baby monitor but I found that the alerts didn't notify me at night since I had quiet hours on, and without this setting I get all sorts of other messages waking me up throughout the night.  It's a great idea that might work better if you've got a spare iOS or Android powered device lying around, like a tablet for instance, and can use it as a dedicated monitor rather than attempting to use it on your phone, otherwise you'll just get woken up by that annoying spam email in the middle of the night. 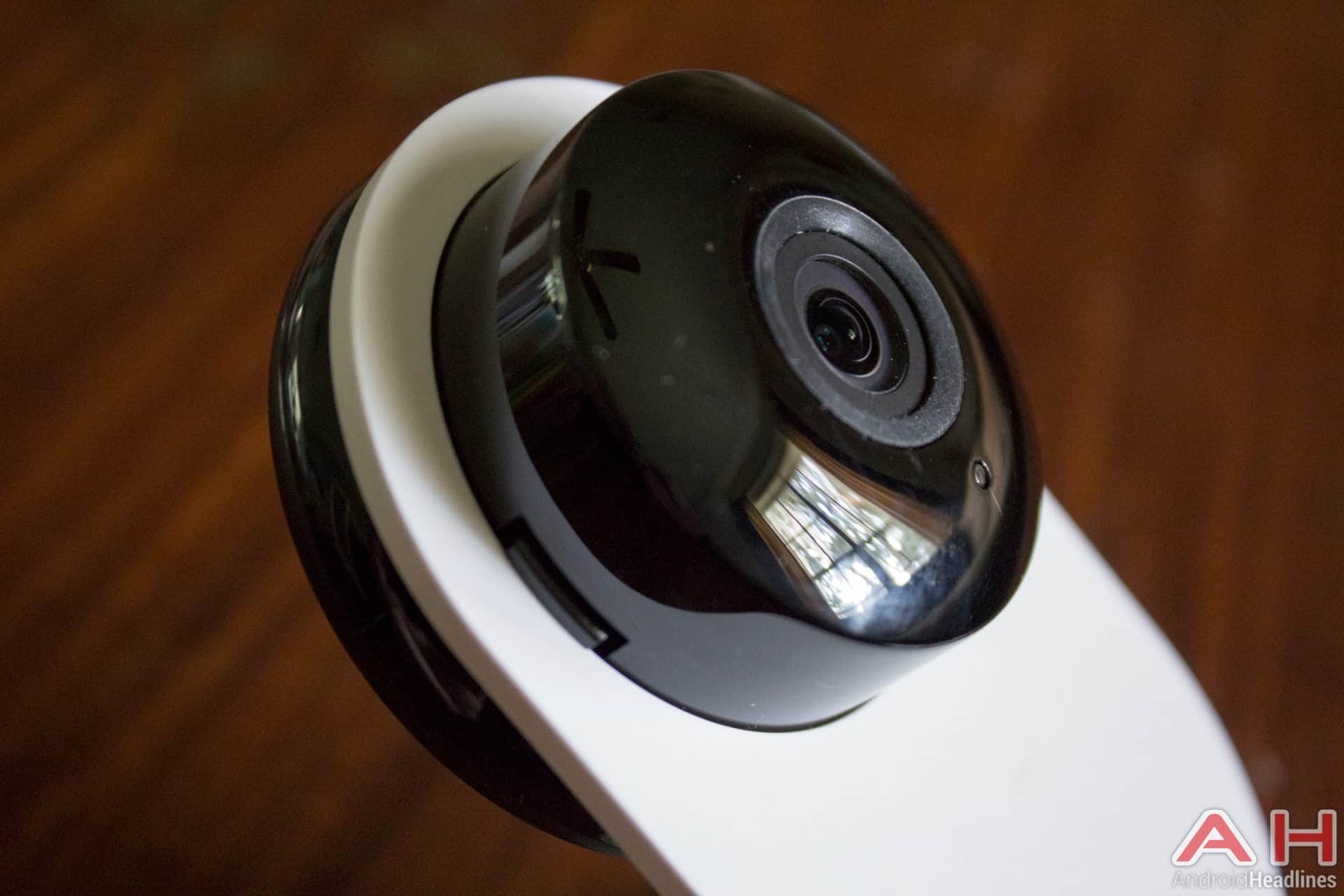 The XiaoYi Ants Smart Cam is an absolutely amazing device that costs nearly nothing.  Quite honestly I don't know how Xiaomi does it, giving so many updates to its apps, devices and still providing a quality experience all while keeping the price at rock bottom.  Regardless of how is of course the final answer: you absolutely should buy one of these cameras this very instant.  If you're looking for a cheap home security solution and don't need anything fancy, this could seriously be the device for you.  The biggest drawback of course is the fact that this is a Chinese device that has to run through Chinese services, a security concern for plenty of folks out there that might be worried about hacking and privacy in general.  This is of course going to be in the most private places in your life, your home or office, and safe guarding that against intruders of all kinds is most certainly a concern.  There's built-in security including having to sign in with your Xiaomi account and know the PIN for each individual camera before connecting and viewing the feed, but that's going to be up to the user to decide if it's enough.  Check out the our trusted partners at GearBest and be sure to order yours today!