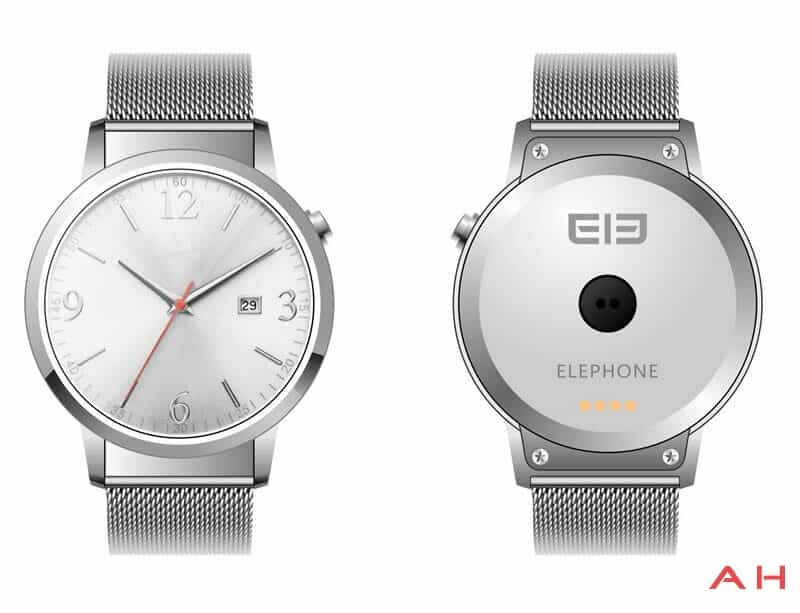 Smartwatches are still niche devices, even though we’ve seen a ton of them released this year. Many people still have interesting reactions when they see a smartwatch, and they’re far from being mainstream. That being said, a number of companies announced smartwatches this year, and we’ve seen quite a few of them at IFA earlier this month. Motorola has announced their Moto 360 (2nd-gen) smartwatches earlier this month, and same can be said about Samsung and their Gear S2 smartwatch. Huawei has finally announced availability for the company’s smartwatch which was announced in Q1 this year as well, and it seems like more and more Chinese smartphone manufacturers have smartwatch plans as well.

Speaking of Chinese OEMs and smartwatches, we’ve just received a really interesting info from our source at Elephone. If you take a look at the provided image, you’ll get to see Elephone’s upcoming smartwatch, the ELE Watch. Now, you might think this smartwatch will run some third-party Chinese smartwatch OS, well, it won’t. The ELE Watch will ship with Android Wear pre-installed, and as you can see, the watch looks really sleek and is made out of metal. As you can see, the company has included a heart-rate monitor on the back of the watch, and the physical button is in the upper right corner of the body of this watch. The ELE Watch will be available in three color options, and, unfortunately, we still don’t know when will it launch.

There you have it, this is Elephone’s upcoming smartwatch. This company has been doing a really solid job lately, they’ve released the P7000 and P8000 handsets this year, both of which we’ve already reviewed. It is also worth mentioning that the Elephone P9000 and Vowney devices will launch soon, and now we also know that a metal smartwatch is en route as well. Either way, stay tuned for more info, we’ll report back as soon as we get our hands on some additional ELE Watch info.