The CTIA Super Mobility 2015 started in Las Vegas earlier today, and one of the exhibitors at the trade show, SCOSCHE Industries, has already unveiled its latest range of USB charging and data syncing cable for mobile devices, under the EZTIP brand. The one interesting and fairly unique feature of the latest line of products from the company seems to be the fact that much like the USB Type-C cable launched by OnePlus earlier this year alongside the OnePlus 2, the cables launched by SCOSCHE come with reversible micro USB connectors. Meaning, the male connector can go in either way without any risk of damaging the port on the mobile device. The company claims to be the 'first major consumer technology/electronics company' to introduce a product with this feature in traditional USB cables.

According to the company, the new lineup of products will be compatible with all devices with standard micro USB ports, including, but not limited to, smartphones, earbuds/headphones, portable speakers, portable backup batteries, tablets, digital cameras etc. While the company says it will continue to launch new products under the EZTIP brand throughout the rest of the year, it has thus far revealed just the one product as part of the new lineup, which happens to be the STRIKEDRIVE car charger for mobile devices (pictured below). The device is said to be a 12 Watt, 2.4 Amp charger with a three foot cable attached to it. The newly launched charger will be available from October on the company's official website for a price of $19.99, according to the company's press-release.

For the uninitiated, SCOSCHE industries is a 35 year old family-owned business based out of Oxnard, California, founded and run by the Alves family. The company operates in the consumer electronics and aftermarket in-car entertainment sectors, and claims to hold over 100 patents. While the EZTIP products will indeed make it easy for people fumbling their way through the dark, the traditional micro USB standard itself is said to be on its way out, to be replaced by the USB Type-C ports in mobile devices within the next few years. Talking about Type-C connectors, as briefly alluded to earlier, OnePlus was one of the first major smartphone vendors to include a reversible cable with its latest flagship device, the OnePlus 2. 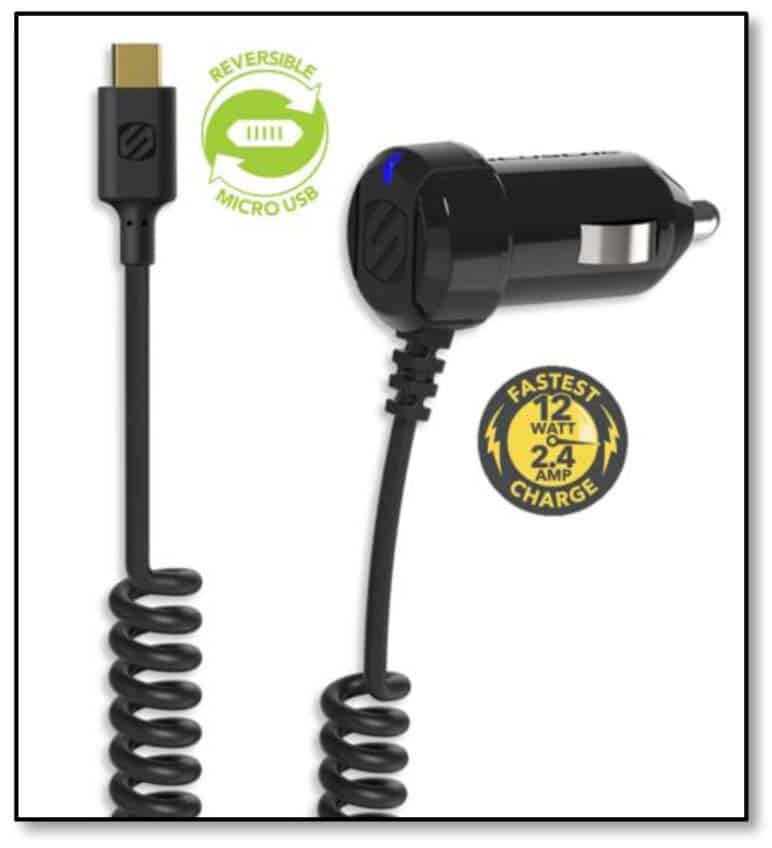