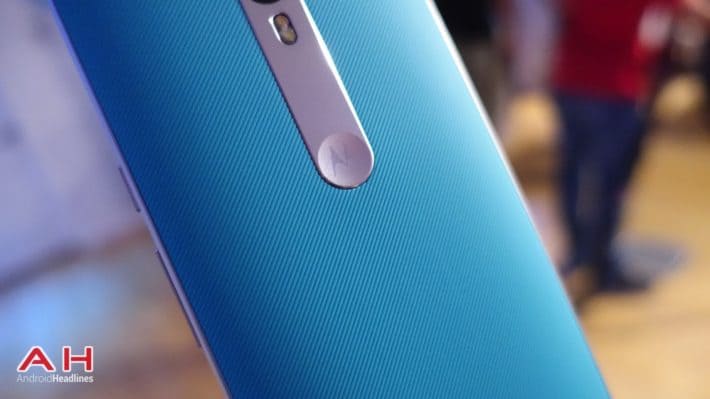 Motorola announced some phones recently, they are the latest generation of their best-seller Moto G and their flagship Moto X devices. On a rather unexpected move, the company announced not one, but two Moto X devices, the Moto X Play and Moto X Style. They also changed their strategy, as the Moto X Style would be available in the U.S. as an unlocked and unbranded version known as the Moto X Pure Edition. The new Moto G was available almost as soon as the announcement ended, but the company was more ambiguous about the availability of the Moto X devices, only mentioning September as the month when users would be able to buy them.

The Moto X Style has now been spotted on the UK online retailer, Clove, and they expect this phone to be available from September 21. The phone is being sold for £350.00 including taxes and it's available in black and dark gray frame or white and champagne gold frame versions, the price is still a little lower than some other flagship devices. Of course, the Moto X has always had the tradition of being a highly customized phone, but those who look for other colors and even different materials, should wait to buy it directly from Motorola through its customization tool Moto Maker. Still, the date provided by the retailer gives us an idea of when to expect the phone.

The Moto X Style has some interesting specs like its 5.7-inch display with QHD resolution. Powering up the device is the hexa-core Snapdragon 808, which is not the best processor, but at least, users should not worry of the high temperatures generated by it. 3 GB of RAM will take care of multitasking and there are 32 GB of internal memory so users could save all sorts of files, if they need more storage, they could add more memory with Micro SD cards for up to 128 GB extra. The 21-megapixel main camera has provided some nice results and there's a 5-megapixel one on the front. Other neat features are its front-facing stereo speakers and its 3,000 mAh battery should provide a decent battery life, plus there's an almost stock version of Android 5.1.1 with some enhancements from the company.