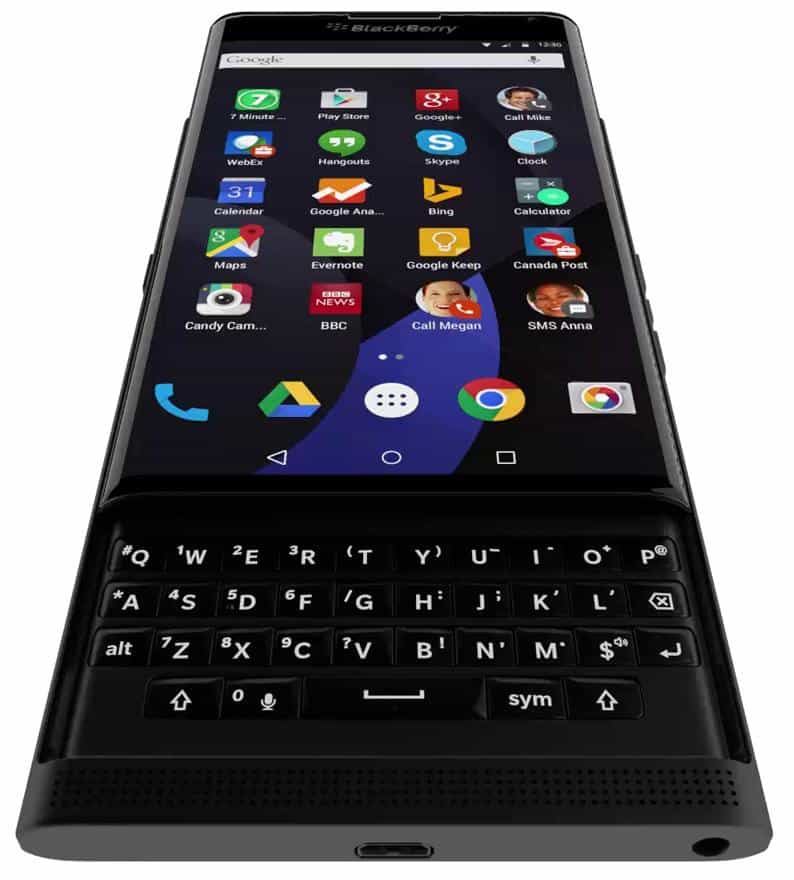 BlackBerry is a name well-known throughout the technology industry as well as those who have been using smartphones since BlackBerry was on top, but over the last few years they've fallen quite behind competitors like Google's Android and Apple's iOS devices. While it may be too little too late for some consumers, after months and months of rumors and speculation as well as users pleading for it, it appears that BlackBerry is finally going to be launching a device powered by the Android operating system. It's come to be known as the BlackBerry Venice but according to the latest leak it seems it may end up going under the name "BlackBerry Priv" once the phone hits retail stores and online merchants, whenever that may be.

The details come from well-known @evleaks who is commonly associated with putting out reputable information on tech devices before they launch, and while there are no other new details to learn of the device just yet besides the potential finalized name, much of what consumers can expect from BlackBerry in regards to the Venice/Priv has already been shown off and discussed in past leaks including images of the device and a more recent hands-on video briefly detailing some of the phone's functions and features.

There is still no confirmation from BlackBerry about the launch or existence of this device as they haven't acknowledged its production, but rumors peg the phone as having an 18MP rear-facing camera with a dual-LED flash, and of course the iconic BlackBerry qwerty keyboard which users can access by sliding up on the bottom edge of the phone's display to reveal the keys. In the hands-on video it was also stated the device would be carrying a bio-sensitive touch function where users would be able to scroll up and down on the keyboard to maneuver around the user interface instead of interacting with the touch display itself, and based on the video footage it would appear that, despite some previous rumors, the BlackBerry Priv will come with a pretty stock-looking version of Android although there is almost undoubtedly going to be some BlackBerry specific software touches, like the global device search for instance. While it may seem the BlackBerry Android phone is a surefire reality, there are still a few important key factors unrevealed which are the price, the actual launch date, and the regions in which it will be available.