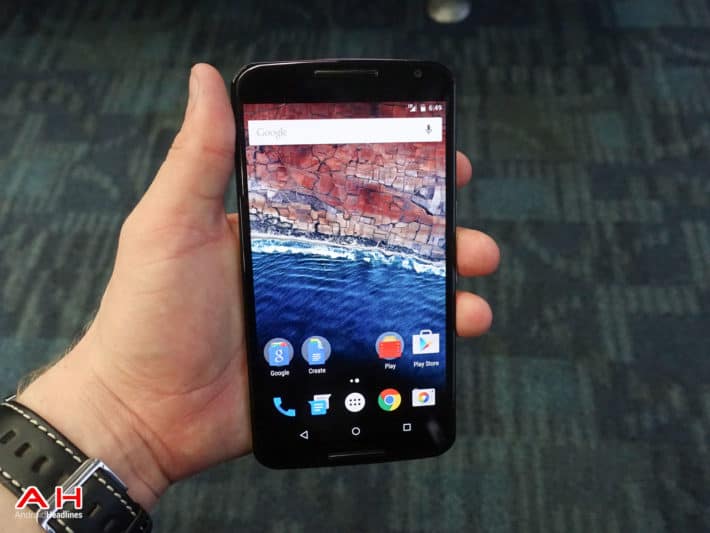 Each and every year there are new Nexus devices that hit shelves – well the digital variety, at the very least – and since Android 4.4 KitKat, there's a new version of Android every Fall as well. For people like myself, we're lucky enough to get to try out all sorts of hardware, and we of course end up covering the latest launches throughout the year with great detail. In the back of my head there's always the allure of "there's a new Nexus coming this year…" and "well, the Nexus will run stock Android" but this year there are two devices, from manufacturers that either haven't produced a Nexus before or for a couple of years. This makes the decision of whether "to Nexus" or not a little more difficult.

I've always been a fan of stock Android, and this is not because I dislike skins or software additions with a passion or anything. In fact, my personal device for a long time was an Xperia Z2, with some great software additions from Sony included, and I've spent a lot of time with an LG G4 and even Cyanogen OS more recently. For me though, the allure of stock Android is nothing to do with it being "pure" or anything like that, but because it's simple. I know where I stand with stock Android, I know where everything is and where it should be, and if I want to choose another app to replace something else, it feels totally natural, without a myriad of other options making me feel guilty. Stock Android got a real shot in the arm last year with the release of Lollipop, and Marshmallow will be a welcome layer of polish, but what about the hardware?

Last year, I purchased a Nexus 9, in order to replace an aging tablet and to jump onboard the Lollipop bandwagon, but I hardly ever used it. This might say more about Android tablets in general however, not the Nexus 9, specifically, but I can't help feeling a little uninspired by recent Nexus launches. This is totally down to personal preference, the Nexus 6 was just too large a device for me, I wouldn't make the most out of it and Android doesn't really make much use of the extra screen real estate. This year however, things look set to be different.

Fingerprint sensors aren't exactly a necessary feature on Android smartphones, but as they're both going to be featured in the Nexus 5X and Nexus 6P, they soon will be. Make no mistake, this is a big key of security and Android Pay in the upcoming 6.0 release, now all Google need to do is get a few key things right to finally make fingerprint sensors make sense. I want to be able to authenticate using the Google Authenticator app with my fingerprint, and I want to use my fingerprint to quickly pay for things with Android Pay and I want to be able to lock certain features away behind my fingerprint. Google has had enough time to look at what people want and use fingerprint authentication for, and I'm excited to see what they do with these new Nexus devices. A good implementation of the fingerprint sensors on these devices would go a long way to getting most people to consider a purchase.

Camera performance and battery life. Two areas in which stock Android and Nexus devices have struggled with for years. The Nexus 6 had a pretty decent camera and battery life was good, but mostly because the battery was so large, not necessarily due to special source from Google. The last Nexus I called my own was the Nexus 5, and back then, I thought the camera was perfectly fine. Nothing stellar, but if I – personally – want to get a really good shot I'm going to have my camera with me. The problem is that not a lot of users are prepared to do that these days, so Google need to leverage the new camera APIs they introduced in Lollipop here to good effect. Battery life meanwhile, seems set for a massive increase with Android Marhsmall0w, and if Google and partners can deliver devices with near all-day battery life, the majority of people looking for a well-priced device will be more than happy.

These are the boxes that Google needs to tick in order to get people "to Nexus". For me, the Nexus 5X in that fetching blue color seems like a good bet, but battery life will be the deciding factor for me. Either way, no matter whether people choose LG's or Huawei's Nexus offering this year, it seems as though they'll be getting an excellent device and one that anyone would be happy with.