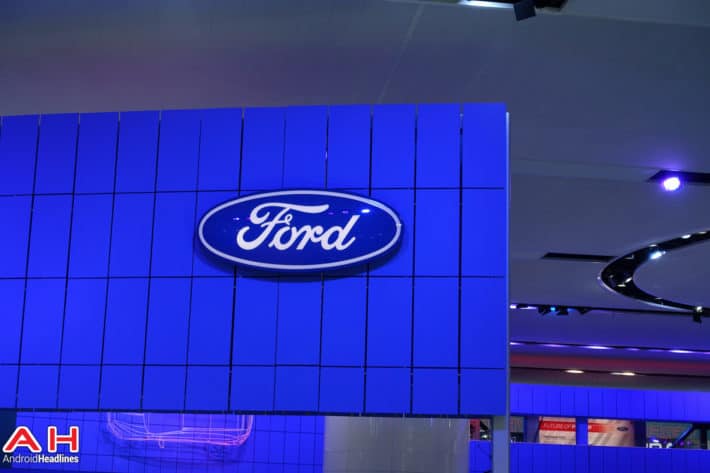 If you own a Ford vehicle, you probably already know that the company has not made any public announcements about Android Auto. However, a few execs have come out and said that they are looking for a way to not "give the keys" to Google and Apple. Basically what they mean by this is they don't want Android Auto or Apple CarPlay to be the only option in their vehicles, and that they want it integrated with Ford Sync. Normally, we wouldn't mind too much about a car maker not making plans for Android Auto. For example, Toyota has said they won't be utilizing Android Auto or Apple CarPlay, but Ford is a member of the Open Automotive Alliance, while Toyota is not. Which peaks our interest a bit more.

This week, Ford announced an update to the MyFord Mobile app, which brings integration to your Android Wear smartwatch. Allowing you to control your car from your smartwatch from virtually anywhere in the world. Pretty slick, right? Ford also announced a pack of emojis and stickers that – ironically are not compatible with many Android smartphones and tablets – are meant to appeal to millennials, or the younger crowd. Ford, if you really want to appeal to the younger crowd, get Android Auto in there. The younger crowd all have smartphones, and to be able to plug in your phone and use it as your infotainment system is a big deal, at least in my opinion.

Ford isn't the only American car maker that has yet to announce any plans for Android Auto. Chrysler – and their sub-brands Dodge and Jeep – have yet to announce any plans for Android Auto. While also being a part of the Open Automotive Alliance. But they have told us to expect an announcement "soon". Ford recently rolled out Ford Sync 3 to their fleet, which includes all kinds of features like Sirius XM Satellite radio, GPS and Navigation and all the other features you come to expect from an infotainment system. However, notably missing is Android Auto and Apple CarPlay.

I'll be looking for a new car come next year, and right now Ford isn't on my shortlist and that's due to having no Android Auto integration. After having it in my current car – albeit through a third-party head unit from Pioneer – it'll be tough to move to a car without Android Auto. That's something that Ford needs to work on if they really want to get those millennials into their Ford Focus, or any of their other vehicles in their fleet.