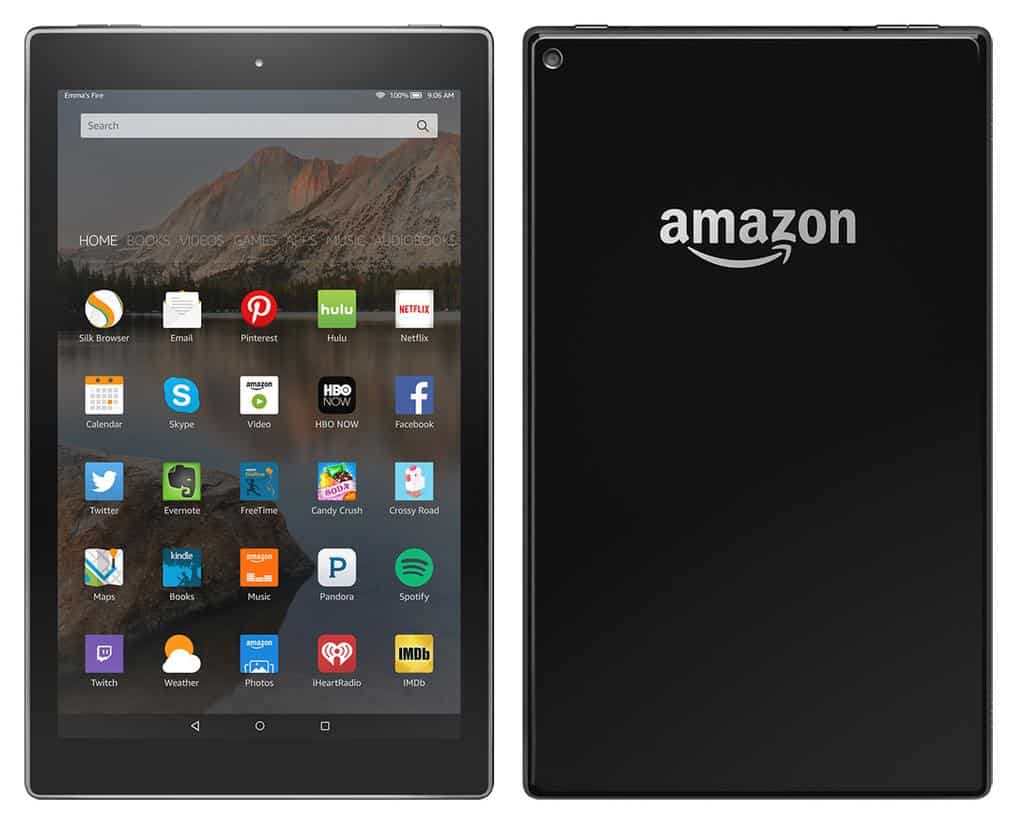 It's been a little while since a new Kindle Fire tablet was announced by Amazon. The Kindle Fire's do very well for Amazon, as they sell them very cheap – essentially at cost – and it works as a window into Amazon's store. Getting their users to spend money on Amazon.com, especially for Amazon Prime users. Amazon pioneered the cheap tablet with the original Kindle Fire, coming at the same price as the first Nexus 7, but a few months earlier. We've heard a few rumors about a 10-inch Kindle Fire coming soon from Amazon, but now we have a few renders, thanks to famed leaker Evleaks, which you can see above.

Judging by the leaked renders, you can see that we have on-screen buttons – and Lollipop ones at that. However, you can see that it is still obviously running on Fire OS, but based off of Android 5.0 or later. So Amazon is still forking Android here, obviously. Otherwise, it looks like a black slab of a tablet. Which might be plastic, and that's not a huge deal really. Because Amazon is going to sell this tablet at a very low cost, likely under $300. This is a great tablet for those that are invested in Amazon's ecosystem.

There have also been rumors that Amazon would release a $50 6-inch Kindle Fire tablet this fall for the holiday season. There are plenty of people that would jump at a 6-inch tablet coming in at about $50 or less. That's an unheard of price for a tablet, and with Amazon Instant Video, Amazon Prime Music and other features and services from Amazon, this is going to be an easy sell for Amazon. It'll be interesting to see if they release the 10-inch and 6-inch models this fall in time for the holiday season. Even if Amazon doesn't, they will still likely hit record sales for the holiday season, as they did last year without a new Kindle Fire tablet.

Tablets haven't been that popular in the past few years, with only Amazon, and Samsung really making money off of their tablets. And obviously Amazon is through their services and not the actual hardware.