Samsung has essentially released two flagship smartphones, and two flagship phablets this year. The company has unveiled their Galaxy S6 and S6 Edge smartphone back in March, and Note 5 and S6 Edge+ phablets followed last month. That being said, we've already seen quite a few Galaxy S7 rumors, one of which even claimed that the device(s) might launch before the end of the year, which is highly unlikely. It is also rumored that Samsung is planning to manufacture the Galaxy S7 in two sizes, one is said to sport a 5.2-inch, and the other one a 5.8-inch display. That being said, the alleged Galaxy S7 leaked yesterday on Geekbench under the codename 'lucky', well, that device surfaced again, this time on AnTuTu, but it sports different specs.

According to the AnTuTu listing, this device won't be powered by the Exynos 8890 which was listed on Geekbench, but Qualcomm's Snapdragon 820 SoC. The two listings agree as far as RAM and Android version go, but AnTuTu provides far more info as far as specs are concerned. According to this listing, the device will sport a 5.7-inch QHD (2560 x 1440) display along with 4GB of RAM and 64GB of internal storage. The 16-megapixel camera will be available on its back, and a 5-megapixel snapper will be located up front. Adreno 530 is also listed here, a GPU which ships with the Snapdragon 820, so that's a given. Andriod 5.1.1 Lollipop will come pre-installed on this device, and Samsung's TouchWiz UI will be installed on top of Google's OS, of course.

Interesting enough, this device sports a 5.7-inch display, which doesn't exactly goes hand-in-hand with the latest rumor that the S7 will sport a 5.8-inch display. On the other hand, it is possible that this 'lucky' device isn't Galaxy S7 at all, and that we're looking at a completely different device, but that's highly unlikely. These specifications are top of the line, no matter which way you look at it, so it's going to be interesting to see if they were right in the end. It seems a bit early for such listings to start appearing on benchmarks considering that Samsung isn't expected to unveil the Galaxy S7 until March next year, but… who knows what will happen in the end. Either way, stay tuned for more info. 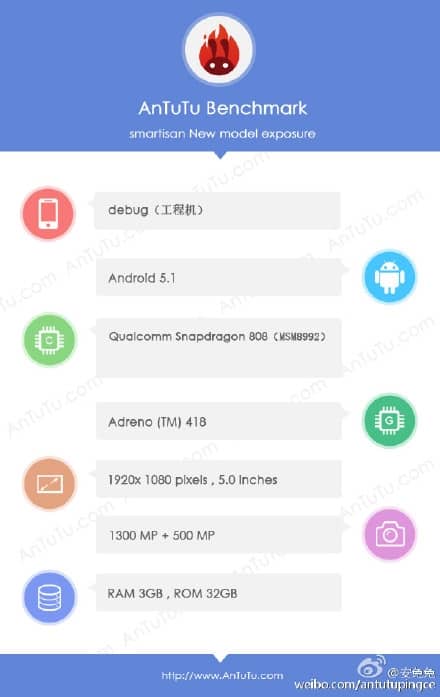