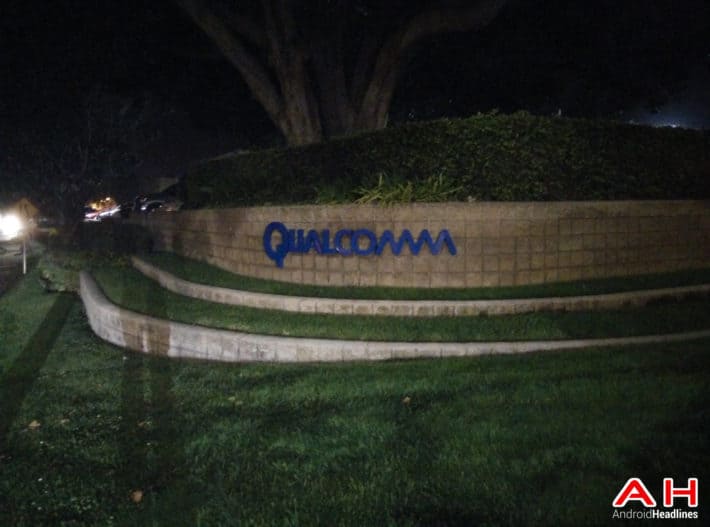 Qualcomm are a business that have succeeded by being one step ahead of the game and in getting their products to the market ahead of the competition. The best example of this is how the business integrated baseband processors (modems, the cellular connection electronics) into their System-on-Chips, but Qualcomm didn't stop there. The current generation of Snapdragon chipsets include integrated Adreno GPUs, baseband, location (GPS and GLONASS), Bluetooth, high performance WiFi and camera connectivity. The mobile system-on-chip market has been playing catchup by integrating either their own integrated graphics solutions, or using ARM's Mali technology, plus their own basebands, location services and WiFi systems.

We have already written at Android Headlines that Qualcomm is facing stiffer competition in the mobile chipset market, but this is not lost on Qualcomm who are making the right noises that they are moving into alternative business areas. Meanwhile, it seems that Qualcomm's system-on-chip business still has a few tricks left and earlier this week they announced details of the Snapdragon 820's Smart Protect feature. There is a lot riding on the Snapdragon 820 for a few reasons. One is that it's the next generation flagship processor and an immediate follow-up to the Snapdragon 810, which has not quite been the commercial success that Qualcomm were hoping as Samsung did not use the chipset for the Galaxy S6. Another reason is because Qualcomm are switching to their own custom application core, the Kyro, which is a variant of the 64-bit ARM reference cores. Qualcomm are also ditching the big.LITTLE architecture whereby a system-on-chip pairs up higher performance application cores with higher efficiency (lower performance) cores, typically the Cortex-A57 with the more efficient Cortex-A53. However, Qualcomm are also introducing another security feature in the form of their Smart Protect.

We've already seen Qualcomm support security features at the hardware level, such as the ability to disable a device if it is lost or stolen. However, Smart Protect goes a stage deeper as the processor studies application and device behaviour in real time and will take action if there is any suspicious behaviour. Qualcomm's marketing team report that their hardware tool is a little different to traditional malware applications as these look for already-identified threats as discovered and implemented by their developers. Qualcomm's implementation looks at application behaviour patterns. When asked to describe this particular underlying technology, Qualcomm's Zeroth machine learning platform, the company said: "Zeroth is highly-optimized heterogeneous hardware and software architecture that is uniquely designed to deliver high performance on-device cognitive capabilities by taking full advantage of Snapdragon processors' heterogeneous compute capabilities, as well as algorithmic innovations in machine learning and low power sensor processing." This is quite a mouthful, but what does it mean?

The technology as described sound similar to the heuristics detection engines used by the more sophisticated anti-virus and anti-malware applications available. These applications look for patterns in how applications behave using heuristics-based technology, if you like a "rule of thumb" to identify patterns and trends. Essentially, these anti-malware applications take an educated guess if a given application should be doing what it is doing. And this is what the Qualcomm Snapdragon 820 also appears to be doing – but with one big advantage, which is that the 820's ability to detect and intercept malicious code should be independent of the operating system. Qualcomm's claim is that their Snapdragon Smart Protect can handle zero-day malware threats as and when they happen and alert the user.

Qualcomm also announced that it is also working with original equipment manufacturers and software developers to integrate the technology, name-dropping Avast, AVG and Lookout, and has developed an API (Application Programming Interface) to allow the Smart Protect feature to appear in the commercially available anti-malware applications. This should prove to be a great way for the traditional anti-malware vendors to obtain fast updates about new threats emerging in the wild should a device with a Qualcomm Smart Protect-enabled processor detect it.

Qualcomm's Smart Protect is perhaps only a small feature to be embedded into the processor, but could work out to be very important in the battle against malware. The integration into third party applications to build a feedback system is an important link in the chain and we can be sure that Smart Protect is only being debuted on the Snapdragon 820 and Qualcomm are sure to be including the technology into up and coming processors during 2016. A hardware-backed system that does not require an updated set of definitions via an Internet connection is a useful weapon in the arsenal against those who would do harm against our devices. 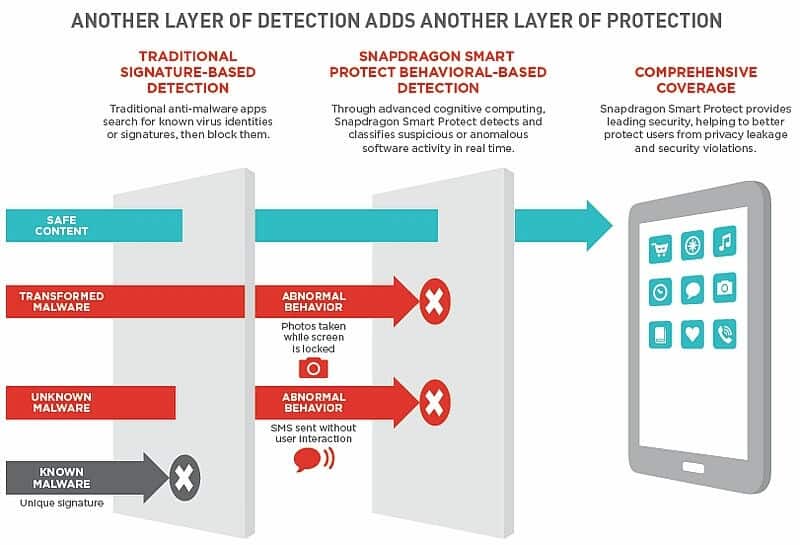