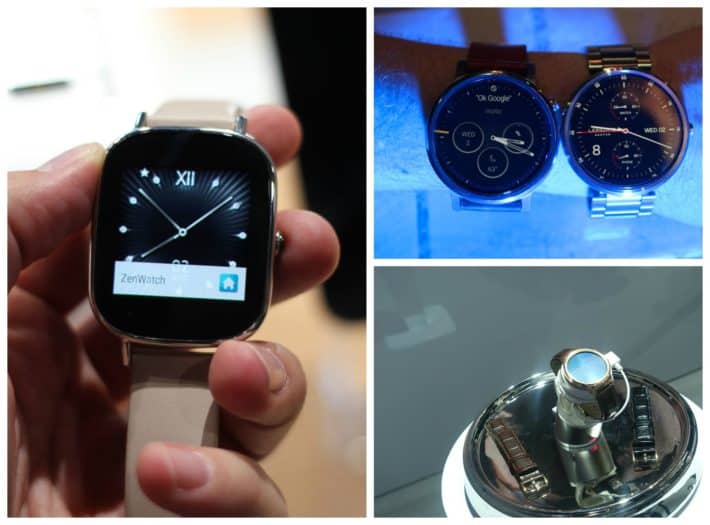 IFA's first day saw the announcement of two brand-new smartwatches as well as the official pricing and release dates, and the launch of one other smartwatch which was officially unveiled earlier this year. We're talking about the ZenWatch 2 from ASUS, the new Motorola Moto 360, and the highly anticipated Huawei Watch which seems to have eluded everyone until now when Huawei has finally made it available for sale. In fact, the Moto 360 in both the 42mm and 46mm options is available for pre-order as well as the Huawei Watch, starting at $299 and $399 respectively and both can be picked up from the Google Store. In addition you can also customize a Moto 360 at the Moto Maker website to get more options than the Google Store holds where you can expect prices to go as high as $449 depending on the customization options you pick.

As for the ASUS ZenWatch 2, this will come in two size variants: the 45mm model and the 49mm model, both of which are slated to go on sale starting in October for $170 and $190 respectively. This puts the ZenWatch 2 at out there the most affordable of these three new options, but there's no denying the style and design as well as options for the Moto 360, and the stylish design of the Huawei Watch. Whether you haven't yet grabbed a smartwatch or you're looking to upgrade to something new, which one will you be buying? The Moto 360, the Huawei Watch, or the Zen Watch 2?