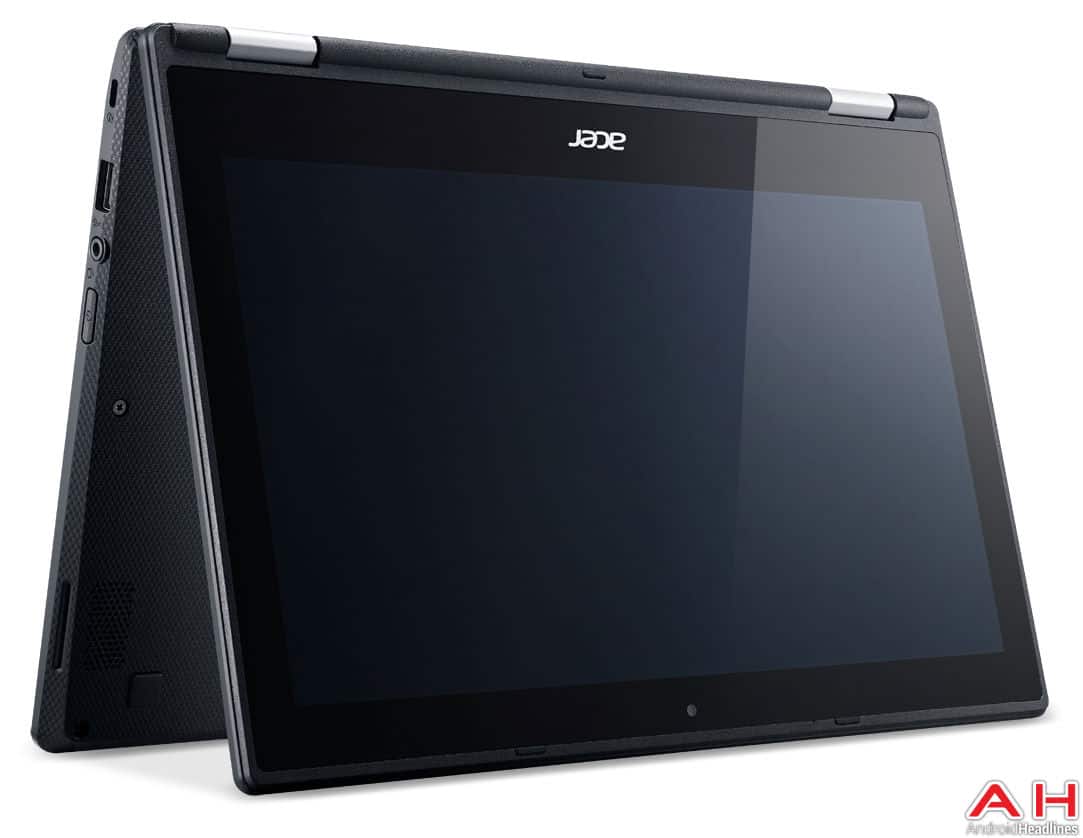 Acer is not a stranger to the Chromebook market and has already added to it in a number of ways. As well as bringing out multiple generations of their popular Acer C7 range of Chromebooks, they are also one of the few companies who offers a much larger Chromebook variant with the Acer Chromebook 15, which as the name suggests comes sporting a 15-inch display. Well, one area in which Acer has yet to dabble in, is the convertible Chromebook market. In fact, this is largely an area that many Chromebook manufacturers have yet to tread and it looks like Acer are planning to be one of the early adopters as they have today announced at IFA the launch of the Acer R 11 Chromebook.

The Acer R 11 Chromebook does mark Acer's first move into the convertible Chromebook market and comes packing hinges which are able to rotate 360 degrees and offering the user up to four different positions to be used in – laptop, pad, display and tent positions. The first, laptop position, is rather self-explanatory, while the pad mode essentially changes the Chromebook to adopt more of a tablet-like position. Display mode is said to be ideal for viewing media by pushing the display much closer forward. While, tent position is designed to make the most of confined viewing locations, such as on a plane or train.

In terms of the specs, the Acer R 11 chromebook comes sporting an 11.6-inch display with a 1366 x 768 resolution. Inside, the Acer R 11 Chromebook comes equipped with 4GB RAM and powered by an Intel Celeron N3150 (or N3050 depending on model) processor. In terms of storage, the R 11 Chromebook will be available in two size variants, a 16GB and a 32GB option. Both are expected to come with a microSD card slot for expansion when needed. Additional features on offer include ultra-fast 2×2 MIMO 802.11ac wireless connection, a USB 3.0 port, HD webcam and the unique rotatable nature of the design. This is also a Chromebook that is purposely designed to be portable, with a thickness of only 19.2 mm and weighing less than 1.25 kg.