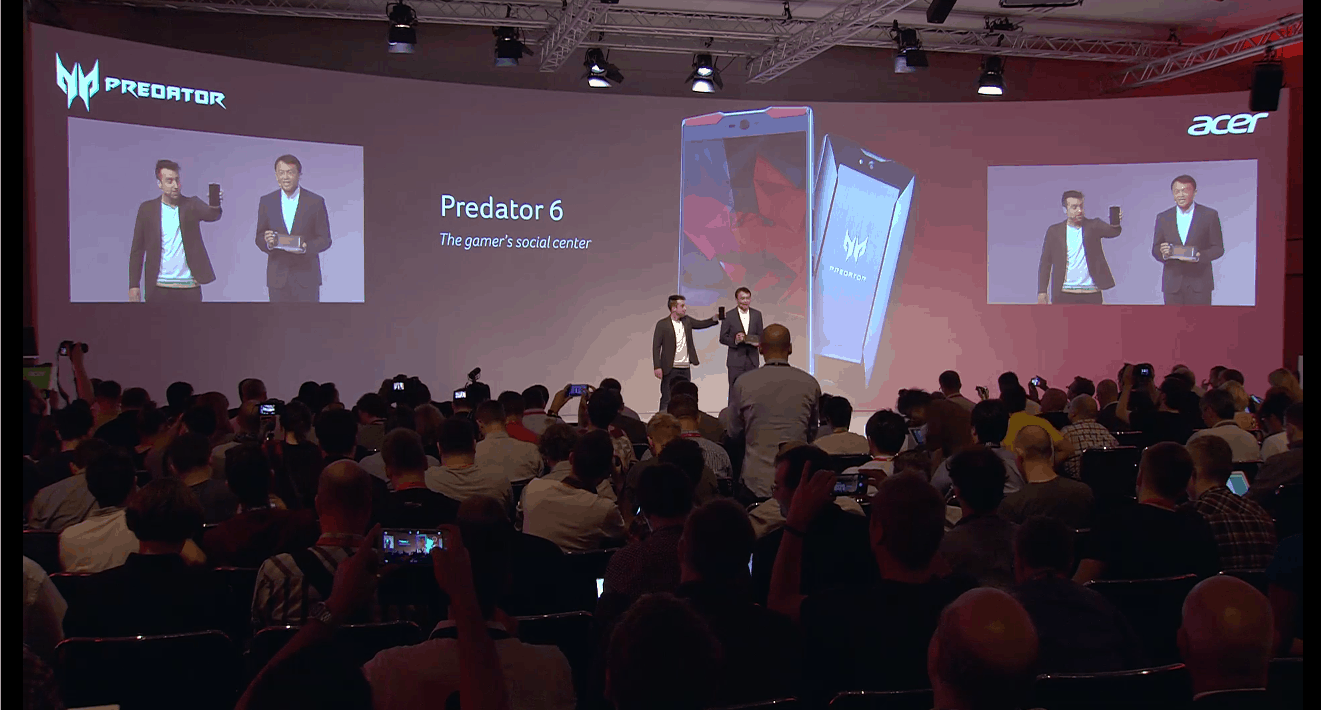 Acer just finished their IFA 2015 press conference in Berlin, and while there was of course the usual assortment of laptops, PCs and so on, gaming was a big part of their show this year. The Predator branding has become a strong one for Acer, and for gamers, Acer have become a solid resource for reliable, high-end PC gaming hardware. This year, Acer expanded their Predator lineup with new laptops, intriguing new cooling techniques and even a gaming projector. For us though, the most interesting thing was the new Predator 6, a gaming smartphone that was quietly, surprisingly announced on stage with swift speed and few details.

Joining the Predator 8, Acer's upcoming gaming tablet, which looks to take on NVIDIA at their own game, the Predator 6 was announced as a device packed with high-end hardware. Details were thin, and the device wasn't shown working, or at least not that we could see while in the crowd. However, Acer did tell us that it was packing 4GB of RAM, a 21-megapixel rear-facing camera and a deca-core MediaTek processor. Which is more than likely the MediaTek X20, announced earlier this year, with an availability of 'December', which could mean the Predator 6 is launching towards the end of this year. The X20 from MediaTek features a pair of quad-core CPUs and two, more powerful Cortex-A72 cores clocked at 2.5 Ghz to take care of the most intensive tasks, i.e. gaming.

Acer also mentioned on stage that this will feature four front-facing speakers, and the edgy design spoke for itself. It would appear that this is in the early stages of development as the announcement of the Predator 6 was something of shock, and the device wasn't shown working on stage, unlike all the other devices Acer had in their hands. We'll have more on the Predator 6, and the Predator 8 as we have it.