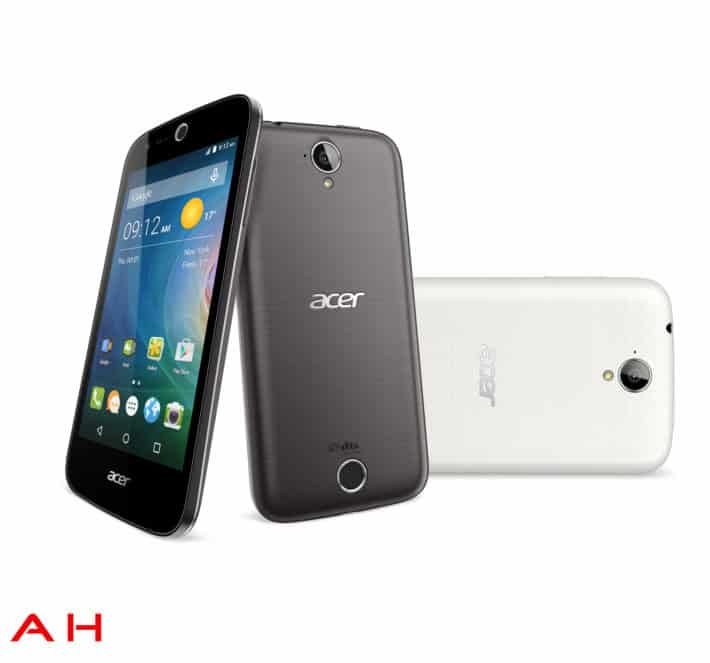 Acer, who you may not think about as a smartphone manufacturer, have just announced four new Android smartphones, in the Liquid Z630, Z530, Z330 and Z320. They have also announced two Windows 10 smartphones in the M330 and M320, featuring the same specs as the Z330 and Z320, only difference being the OS it's running on. It's also worth noting that these 6 smartphones (4 Android smartphones, and 2 Windows Smartphones) will be staying in Europe. Currently there's no word on them coming to North America, which isn't a huge surprise.

We'll start out with the Liquid Z630. This is the higher-end of the four low-end smartphones. Featuring a 5.5-inch display, which measures 156.3 x 77.5 x 8.9mm. It's powered by the MediaTek MT6735 processor, a quad-core SoC that is 64-bit. We also have 2GB of RAM for multi-tasking with 16GB of internal storage. Acer has added a 8MP wide-angle lens on the front for taking amazing selfies, with a 8MP rear camera that also includes auto-focus. Other specs include Bluetooth 4.0 LE connectivity, WiFi 802.11 b/g/n, and Cat4 LTE. All powered by a 4000mAh battery. Acer will also be offering the Liquid Z630S, which will feature an octa-core processor, 3GB of RAM and 32GB of storage.

All four of these smartphones are running on Android 5.1. The Liquid Z630 will be available in Europe in September for â‚¬199. While the Z530 and the Z330 come to Europe in October for â‚¬149 and â‚¬129 respectively. While there's no word on when the Liquid Z320 will be available as well as price. Although it's likely to be under â‚¬100, considering the Z330 is â‚¬129. We'll be getting hands on with all four models shortly, so make sure you stay tuned!