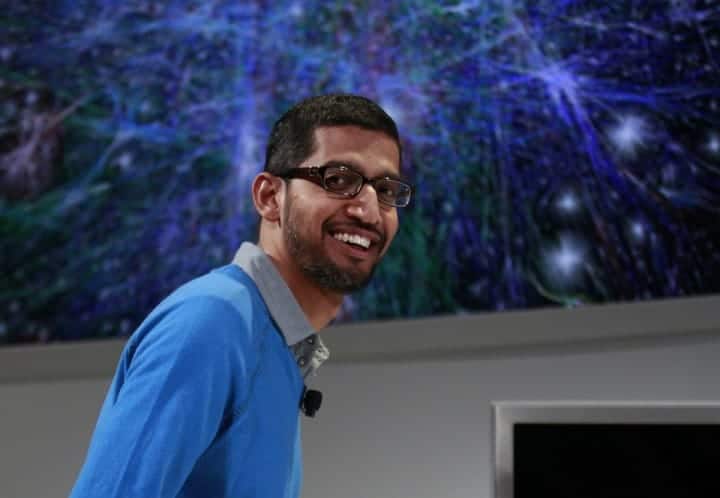 We’re live at Google’s Nexus event in San Francisco today. Where the company will be announcing the Nexus 5X, Nexus 6P and a few other goodies. Google’s CEO, Sundar Pichai came out to welcome the press and announced some pretty interesting figures. Sundar, this morning, announced that there are 1.4 billion active Android devices across the world. Now at Google I/O 2014, Sundar announced that there were 1 billion active Android devices. So in just a little over a year, we’ve gotten to 1.4 billion. At Google I/O 2014, they launched Android One. Which is their initiative to get to the next billion users, and it appears to be working.

With big markets like India and China booming when it comes to Android. That has definitely helped to bring that active number of devices to 1.4 billion. With OEMs like Xiaomi, Meizu, ZTE, and Huawei selling like hotcakes. Google’s CEO, Sundar Pichai also announced that there are over 1 billion 30-day active users on Google Play. As well as 1.4 billion 30-day active users for Google Now. Which means just about everyone with an Android device is using Google Now. Now they just need to use Google Now on Tap with the Android 6.0 Marshmallow release.

The 1.4 billion is a pretty big number for Google, and they aren’t done. They are looking to get Android into the hands of everyone on the planet. The main reason that Google wants to get Android into everyone’s hands is to get everyone using their services and apps. Having everyone using their services means more ad money. After all, over 90% of their revenue comes from Ads and search. That’s also the main reason that their services are all available for free, or really cheap. It’ll be interesting to see how many active devices are around come Google I/O 2016. Probably around 1.7 billion, as Android is growing at an unprecedented rate.

That’s not all from Google’s event today. We’re expecting plenty of new toys, not to mention Android 6.0 Marshmallow. So make sure you stay tuned to Android Headlines for all of the details on the new Chromecast, Nexus 5X, Nexus 6P, Nexus Player and more!