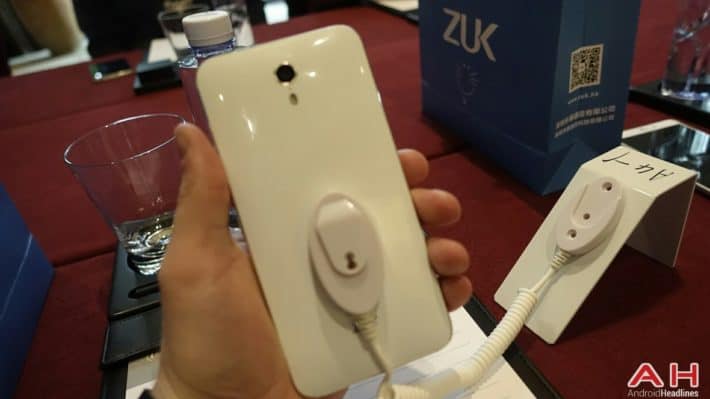 The ZUK Z1 has actually been announced in two variants, the Chinese one, and the international one. The only differences between these two devices are the software on top of them, and network bands. The Chinese variant of the phone which launched on August 11th ships with ZUK's ZUI on top of Android Lollipop, and the international variant that was unveiled today comes with Cyanogen OS installed on top of Google's Android 5.1 Lollipop. That being said, let's take a closer look at its specs, shall we.

The ZUK Z1 sports a metallic trim around the device, and also ships with a fingerprint scanner (U-Touch) which doubles as a physical home button. The Type-C USB 3.0 port is available on the bottom of this device, and next to it you'll find the loudspeaker and a microphone. Both the power / lock and volume rocker buttons can be found on the right-hand side of this phone, and a SIM tray is available on the left. The ZUK Z1 ships with a 4,100mAh battery, and 4G LTE (both TD-LTE and FDD-LTE are supported here) is also a part of this package, same can be said about two SIM card slots (2 x nano SIM). Android 5.1.1 Lollipop comes pre-installed on ZUK Z1, and on top of it you'll find Cyanogen OS 12.1. Keep in mind that we're talking about the international variant here, the Chinese model ships with ZUI installed on top of Android. The international variant of the device will cost around $300 and will be available mid-October.