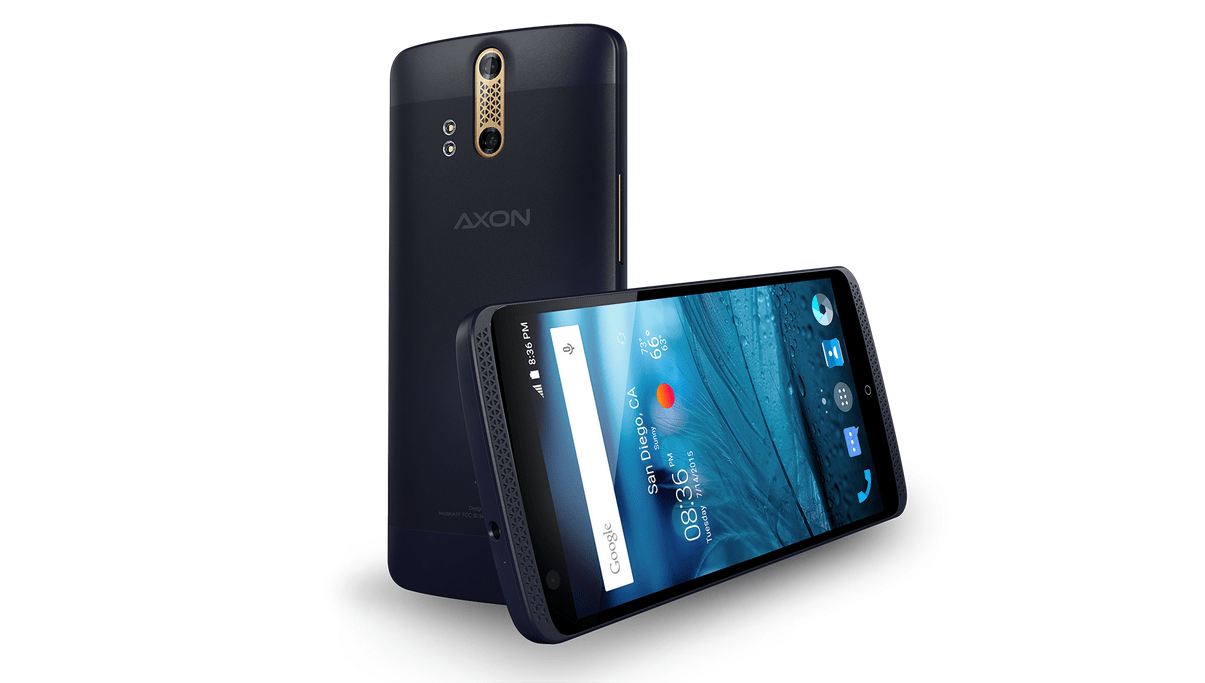 ZTE announced a brand new flagship for the US in July. And as of right now, it's available on Amazon and eBay as well as their own US website. The ZTE Axon is a pretty interesting device from ZTE. It's pretty premium, with amazing sound from their HiFi speakers and also uses a duo-camera setup similar to the HTC One M8. It also features a 5.5-inch 2560×1440 resolution display. It's also using the Qualcomm Snapdragon 810 processor inside along with 4GB of RAM and 32GB of storage. It also has a 3,000mAh battery inside, and unlike another flagship out there, it does have Quick Charge 2.0. It is also one of the very few handsets out there that comes with headphones. ZTE has bundled JBL headphones in this one. Similar to the ones that Alcatel OneTouch put in with the Idol 3.

This whole package is going for $450. While that's not cheap like the ASUS Zenfone 2 or the Alcatel OneTouch Idol 3, it is still cheaper than most of the other flagships on the market right now. Including the Galaxy S6 and S6 Edge which both run about $600+ brand new and unlocked. The ZTE Axon will also work on both AT&T and T-Mobile as well as their MVNO's. ZTE also got Android 5.1 on the Axon, which is pretty nice to have. Seeing as we're not sure how often we'll be seeing updates from ZTE, as this is really their first flagship device for the US. Hopefully we do see updates come out pretty quickly.

It's not a bad price for this device, and definitely competes with the new phones announced this past week, in the Moto X Style, and OnePlus 2. But where it's more expensive than both of those, it'll be interesting to see how well it actually sells for ZTE. You can pick up the ZTE Axon from the links down below on Amazon or eBay as well as their own website.