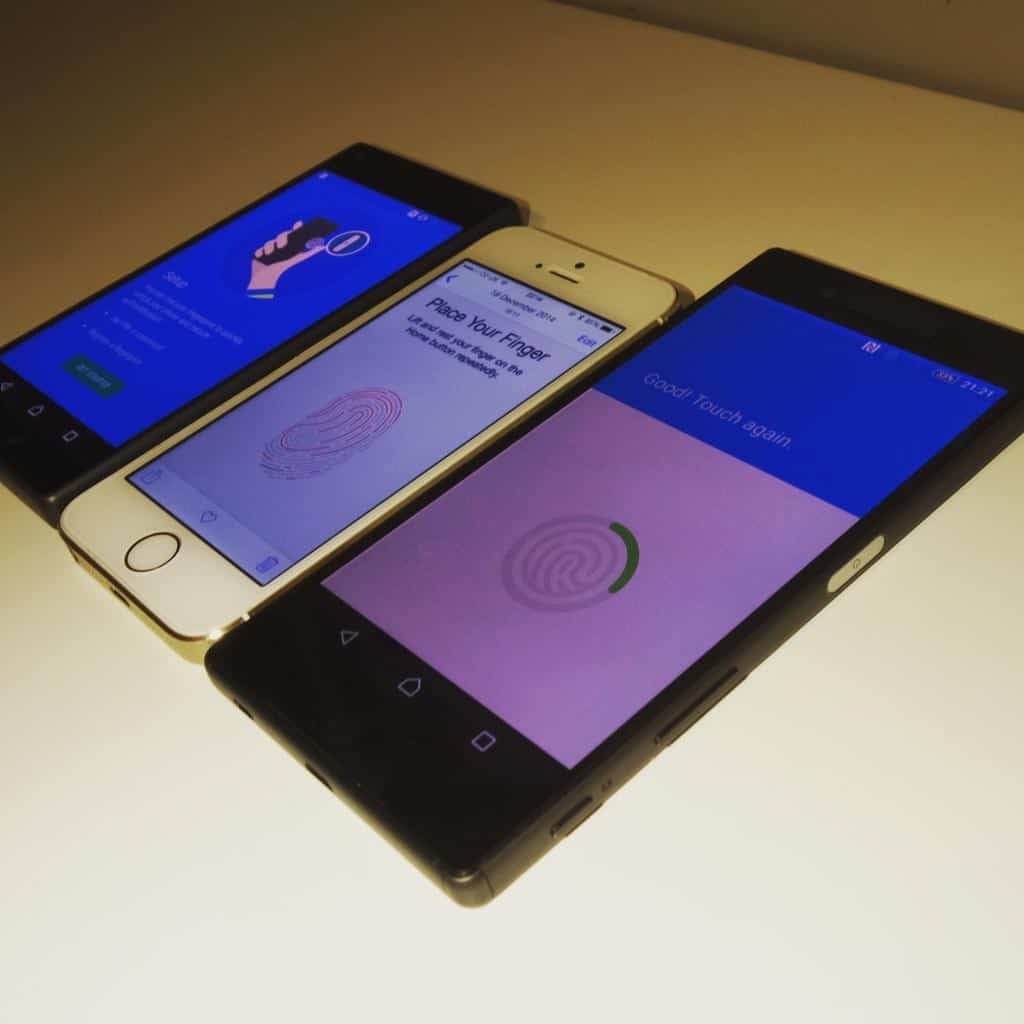 Earlier this year, Sony unveiled the Xperia Z4 in Japan, however elected to call it the Xperia Z3+, which judging by our review was a much fairer name for the latest Xperia device. Either way, the next Xperia Z flagship would more than likely be called the Xperia Z5 worldwide, or at least you would think as much. Now, in recent leaked camera shots, an Xperia Z5 and Xperia Z5 Compact have appeared in the wild, showing off what looks like a fingerprint sensor on the side of the device.

Shown side-by-side the iPhone 6, the two new Xperias can be seen showing up prompts for a fingerprint sensor, with the Z5 Compact illustrating that the sensor is on the side of the device, where the familiar circular power button is on today's Xperia models. Here, the power button looks more square in nature, as well as much brighter than the rest of the hardware, which suggests some sort of fingerprint sensor. The rest of the hardware however looks just like every other Xperia Z smartphone before it, so those hoping for a massive redesign might be a little disappointed here. With leaks of prototypes appearing a month before IFA 2015 this could be a sign that during their September 2nd event they're going to unveil new Xperia Z devices. Regardless, we'll be there covering all the news.

Having said that, the Xperia Z3+ has only really gone on sale in the past month or so, and to launch another device so soon after it would be a little bizarre to say the least. Still, Sony does have a history of releasing two flagships each year, but it does seem more likely that this is to go on sale during Spring of next year. With a Quad HD display and perhaps even a Snapdragon 820 teased for these new pair of Xperia Z5 devices it looks like the future is going to be exciting for Sony fans. There's one more picture found below, and it feels as though this could be the beginning of yet more leaks from Sony. 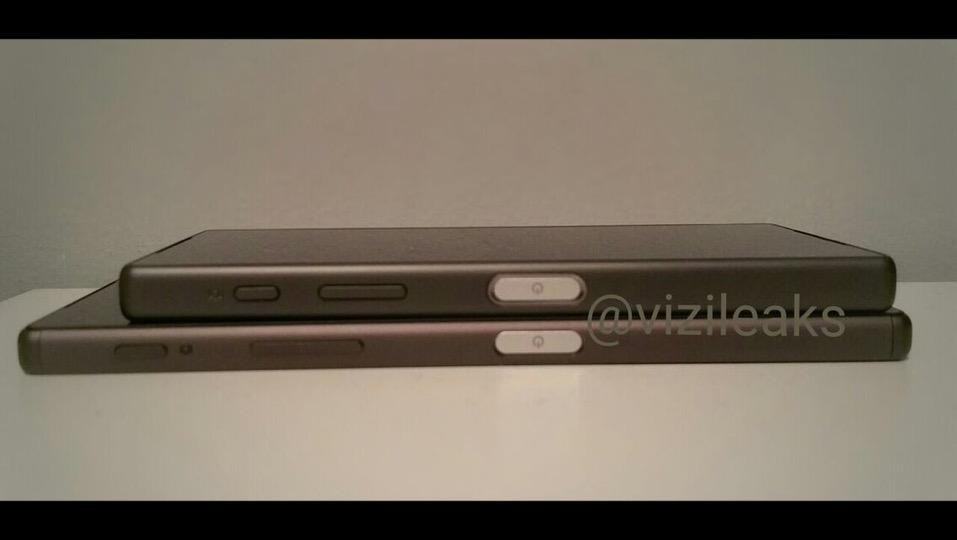