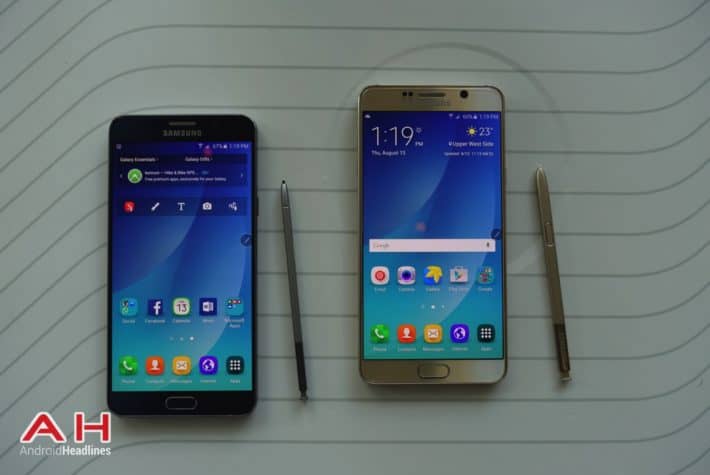 The Galaxy Note 5 was announced last week at Samsung's Unpacked event. There are quite a few people that are upset over Samsung getting rid of the removable battery and storage expansion. But there are still some great features in the Galaxy Note 5. Let's take a look at 5 of our favorites.

New to the Galaxy Note line, Qi Wireless Charging is now built in. But not only is it built in, it's also 30% faster. Leading to faster charging times, which Samsung has said will charge the entire battery in just over 2 hours. That's about the same amount of time as it takes to charge over a cable. One of the biggest complaints about Qi Wireless Charging has been solved here, thanks to Samsung.

The Camera is also a great feature of the Galaxy Note 5. While it's the same, spec-wise, as the Galaxy S6 earlier this year, it has still improved a bit. We're looking at a 16MP camera with faster auto-focus and a faster shutter. What more could you want there. We also have 4K video recording, which is something everyone seems to want these days.

This year we started seeing more and more smartphones coming out with 4GB of RAM. And Samsung didn't want to be left behind. They added 4GB of RAM into the Galaxy Note 5. So far in our limited hands on time, there doesn't seem to be any issues with RAM management, which the Galaxy S6 notoriously suffered from.

Samsung has had the best mobile display in recent years, and it just gets better. We have a 5.66-inch 2560×1440 resolution display. It's a great looking display, and everyone is going to love how crisp everything looks on it. Especially when watching a YouTube video.

Brought over from earlier Galaxy devices, Quick Charge has made a return. You can not only wirelessly charge your device quicker, but also use quick charge and charge it even faster. Definitely a nice feature to have. While it's not Qualcomm's Quick Charge 2.0 – seeing as we have an Exynos processor – it still works the same.
You can check out our video of our top 5 favorite features of the Galaxy Note 5 down below.
http://youtu.be/lq9y55Sn-1Q
Advertisement
Trusted By Millions
Independent, Expert Android News You Can Trust, Since 2010
Publishing More Android Than Anyone Else
0
Today
186
This Week
106
This Month
4093
This Year
105570
All Time
Advertisement